1) It is FRIDAY, March 10. Who is panicking more right now: the fading Panthers, losers of six of past seven and now six points back in NHL playoff chase? Or Jim Morris, whose baseball Canes are 2-8 since starting 2-0? 2) Know any Dolfans? Buy them all our new book on club's first half-century, Fins At 50. 3) In The Previous Blogpost (ITPB): "The Ballad of 1440" video debut, the dead we forgot (Ghost Tour addendum), Jimmy Buffett's retirement communities, Marlins odds & more. 4) Join us on Twitter @gregcote. Also Facebook, Instagram, Periscope and Snapchat.

Canes blown out in ACC quarters, await Selection Sunday: UM lost Thursday 78-53 to top-seeded North Carolina Tar Heels in ACC Tournament in Brooklyn. Nobody except super freshman Bruce Brown (21 points) scored in double figures for UM. Canes had beaten Syracuse 62-57 on Saturday led by two  men who know Brooklyn well in coach Jim Larranaga and senior forward Kamari Murphy. Click on At Home in Brooklyn for my column off Saturday's win. Next: Selection Sunday should find Miami a mid-seed for NCAA Tournament, with an 8 vs. 9 opener most likely.

THANK YOU, MAE RIBACK: There are no "average readers." The story of most every life is a tale worth telling, which brings us to Mae Riback of Hollywood. Next week she will turn 104 -- still alert, still reading the Miami Herald daily, still turning to the sports section first. She had written me a lovely letter in late 2015, kind words in appreciation of my writing. She said how she

had read me for decades, told me I should write a book. She apologized for tremors in her penmanship, noting she was then 102. Her letter sat in a cardboard box, unseen, for 18 months. I rarely visit my office, and almost never answer envelope mail, because readers reach me by email 95 percent of the time. But on a recent visit to our Doral building I went through old mail that had accumulated, tossing most of it but somehow drawn to open this one envelope. Guilt overrode me. Here this centenarian had taken time to write such a kind letter, and I had ignored it! Eighteen months later, as I finally wrote back, I dreaded I might be too late. I cannot tell you who was happier when she called me on the number I'd given. We met this week, at the Hollywood apartment she shares with a fulltime aide in the Hillcrest area. Her handshake was unexpectedly firm. She uses a walker and struggles to hear but is sharp, and looked 20 years younger than I'd imagined. I gave her a copy of my Herald book, "Fins At 50," which I'd signed. She has been a Dolphins fan for years. ("But they annoy me lately!" she said). Ms. Riback was born in Brooklyn, N.Y. but moved here in 1971 after a 25-year career teaching phys-ed. She loved tennis and golf, so retiring with her husband to South Florida was a dream. Her aide produces a Sept. 30, 1950 page from The Grossinger Times with Mae "Tiny" Riback in a headline for having won a tennis tournament. Only 0.02 percent of Americans live to be 100. I asked how she explains her longevity. "I played. I moved all the time," she said. "Tennis I was best at, but sports, to me, were No. 1." Her racket is retired now but she remains active. Plays bridge every week. Reads the Herald voraciously, devours CNN or CNBC to stay up on current events. We parted with another strong handshake, and this time she asked me to lean down so she might kiss my cheek. She was was delighted by our meeting, and said she'd tell everyone she knew all about it. Tiny, the pleasure and honor were mine. [Click on Thank You, Mae Riback to see the column as it appears online]

UPDATED: THE LUDDITE'S ANTI-ANALYTICS HEAT MVP STANDINGS (65 GAMES): Points. Rebounds. Assists. That's it. With tongue only partly in cheek, we go old-school, strip it down, combine the Original Big Three statistical categories, and offer a running, cumulative race for 2016-17 Heat team MVP. We bring you updated standings at five-game intervals. With Miami now 31-34 after Wednesday night's home win over Charlotte, here's The Luddite's 13th installment, with 60-game rank in parentheses. 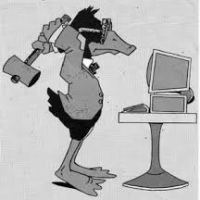 ESPN ANALYST SLAMS DOLPHINS' RE-SIGNING OF STILLS, BRANCH: While some in the local media genuflect over the Dolphins re-signing their own free agents in receiver Kenny Stills (pictured) and defensive end Andre Branch, at least one prominent ESPN analyst slams the deals. Bill Barnwell grades each a "D+" (ouch) in this analysis of early free-agent activity. (Teams may begin signing others' unrestricted free agents beginning at 4 p.m. today). An excerpt/synopsis of Barnwell's criticism of the Stills deal: "Miami shelled out $20 million in guarantees as part of a four-year, $3e2 million deal to bring its third wideout back to South Florida. The Dolphins are bringing back a player coming off a nine-touchdown season, one that isn't 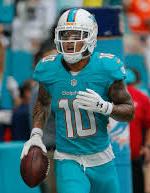 supported by usage rate and is almost guaranteed to regress toward the mean. In terms of total production during his two seasons with the Dolphins, Stills is 77th in the league in receptions and 57th in receiving yards. Nobody's expecting him to catch a high percentage of his passes because he is thrown so many deep balls, but Stills has the fifth-worst catch rate in the league among guys with 100 or more targets the past two seasons, at 47.9 percent. Because it takes so many passes for him to hook up with his quarterback, the Dolphins generate only 8.1 yards per Stills target, which is 35th in the league. Unless the Dolphins target Stills more, he isn't going to offer much of a return on this deal. Where are those targets coming from? Jarvis Landry probably isn't going anywhere. DeVante Parker has at least two years left on his rookie deal and has looked brilliant when healthy. The Dolphins committed to a run-heavy approach once Jay Ajayi got the starting job last season. This is the same organization that traded three picks, including their third- and fourth-round selections in the 2017 draft, to move up and grab Rutgers wideout Leonte Carroo in April. Carroo now has no path to a meaningful role in the offense one year after he was worth what amounted to a mid-second-round pick off draft capital. Carroo might very well be a bust, but it's both too early to judge and a horrible sign for Miami's ability to gauge talent if he's a sure-fire failure after one season. Mike Tannenbaum is paying for the player the Dolphins want Stills to be, which is something approximating DeSean Jackson. At 24, Stills could develop into that sort of player, but he hasn't been that guy yet in his career. This is a receiver who has one 100-yard game (and that was exactly 100 yards) in his time with the Dolphins, a wideout who did most of his damage against average-or-worse pass defenses, such as those of the Bills, Browns, Bengals, 49ers and Jets last season. That's a guy worth taking a shot on, but even in this inflated market, $20 million in guarantees is an exorbitant sum." Now, Barnwell's criticism of the Branch deal: "The Dolphins have one of the league's most expensive defensive lines, anchored by two elite players in Ndamukong Suh and Cameron Wake. They wanted a third pass-rusher last offseason and paid a premium for Mario Williams while quietly adding Branch, a former Jaguars bust, on a one-year, $2.5 million deal to serve as a backup. Williams busted in spectacular (if predictable) fashion, while Branch was a useful reserve, racking up 5.5 sacks and 12 hits on 430 pass rush attempts. You would think that the Dolphins would figure that most players are going to look effective playing next to two Hall of Fame-caliber defenders and allow Branch to leave while signing the next buy-low opportunity to play alongside Suh and Wake. Instead, the Dolphins paid a hefty premium to keep Branch around, giving him $27 million over three years. Much depends on the structure of this deal, but in a draft exceedingly deep in pass-rushers, Miami likely overpaid to hold onto a player whom it could have replaced at a fraction of the cost." My take: Somewhere between the local fawning and Barnwell's harsh view is the truth. The Dolphins kept two very useful players in Stills and Branch ... but paid dearly, likely paid too much.

'THE BALLAD OF 1440': HOW, WHY IT HAPPENED: "Greg, why are you standing in your very messy garage, appearing in a very homemade video and singing while wearing a suit and cowboy hat?" It is a reasonable question. Why the suit and hat is hard to answer. I guess I just felt like it, and wanted something that might stand out visually. The rest of it is easier to answer. I have

always enjoyed singing, which is not the same as claiming I have a good voice, which I do not. (I have an earnest voice that means well). "The Singing Sportswriter" used to be an alter-ego of mine on Dan LeBatard's radio show as I'd write what were meant to be humorous parodies related to sports. A few years ago I recorded a serious song, called "Letting Go," that my late friend Alan Cherry had written. This new song, "The Ballad Of 1440," was borne of nostalgia, wistfulness and gratitude. The newspaper business, socked hard, is working hard to reinvent itself. I have grown old enough to have retirement now on the back burner. My mentor, Edwin Pope, just died. These things together led me to reflect on growing up and falling into the career I did -- how unexpected that was, and how lucky I am. I happened to hear an old and obscure song called "Muswell Hillbilly" and though the structure would adapt well to autobiographical lyrics I could write. "1440" is the street address where I grew up in Hollywood, Florida, and the song is about how I'll always be that little barefoot, lower-middle-class kid who was the first in his family to go to college. The video, shot by my oldest son Christopher, includes opening and closing credits (with a dedication), and is interspersed with several old family photos of me when I was a boy. The song may be hard for some to take seriously -- it is, after all, me singing in a messy garage wearing a cowboy hat! -- but know that the sentiment behind it is genuine. This is meant as a thank-you to a lot of people who have helped me along the way, including our most loyal and longtime Miami Herald readers and radio listeners. I hope you enjoy it and in case you missed it,the video is below:

Select recent columns: Thank You, Mae Riback, as I (finally) meet my oldest fan. At Home in Brooklyn, on UM's win over Syracuse in ACC tourney. A Ghost Tour of Miami's Sports Past, on our history of defunct teams. A Tradition Ends In Silence, on Doral's first March without a PGA Tour event since 1961. Also: Amar'e Joins the Shame Club.  NFL's Arrested Development.  The Wonder of Coach L.  The Miracle of Liberty City.  Is Whiteside the Whale Heat Needs?  French Embassy and Cuban Smuggling: Play Ball!  Loria: The End Of An Error.  Thank You, Edwin Pope.