1) It is MONDAY, March 20. R.I.P., Chuck Berry (pictured in his latter years), the influential rock 'n roll guitar icon, gone over the weekend at age 90. Rest in Peace, Johnny B. Goode. 2) Know any Dolfans? Buy them all our new book on club's first half-century, Fins At 50. 3) In The Previous Blogpost (ITPB): We name our March Madness Haiku Challenge champion, Love & Regret/Jose Fernandez saga with poll, UM men fall in NCAAs & more. 4) Join us on Twitter @gregcote. Also Facebook, Instagram, Periscope and Snapchat.

'Cote's Coterie' lifts us to final four!: A late surge of support Sunday carried us past Mike Ryan and into the final four of Slice Miami's annual sports media poll. I'm now up against Amber Wilson in the semifinals. Uh oh. Click on Slice Miami Final Four to vote.

My bracket update: Still solid: As the NCAA Tournament pauses and exhales I stand tied for ninth place among some 90 entries in a LeBatard & Friends pool. I have 12 teams still alive in the Sweet 16. Is that pretty good? Or average? Took a hit though with Duke falling. I'd had the Devils reaching the (but not winning) the championship game. By the way, to this point, favorites (based on seeding) are 38-10, a 79.2 percent win rate. Once again, the Cinderella aspect of March Madness appears largely oversold. 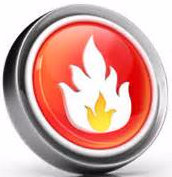 1. HURRICANES / NCAA TOURNAMENT: Miami makes quick exit from March Madness: An unexpectedly good season ended so badly for Canes men in a very disappointing 78-58 opening loss to Michigan State Friday night in Tulsa. How is your bracket looking as we arrived Sunday at the Sweet 16? Mine is a sieve leaking a torrent of my own tears. (It isn't, really. But it's funnier to say that...)

2. JOSE FERNANDEZ: State says Jose at wheel, caused crash: The story that couldn't possibly get any worse keeps getting worse. The latest: A report confirming Fernandez was at the wheel and to blame for fatal boat crash. Isn't a tragedy worst when you know it should never have happened? (Click on A Complicated Legacy for my column on latest development in saga).

3. HEAT: Can we please start a “We're No. 8!” chant?: Heat fell from 7th to 8th seed with Sunday's home loss to portland -- only the team's sixth loss in past 29 games. Meantime Dwyane Wade is out for the rest of season in Chicago, another reminder Heat seems more and more right to have let Wade go.

5. TENNIS: Miami Open begins on Key Biscayne: Andy Murray and especially Serena Williams are among major withdrawals with injuries for the two-week event starting Monday. I feel like Serena is so good she could at least reach the semifinals playing on crutches. Meantime, IMG, which owns the event, assures it will remain on Key Biscayne long-term. That means the Miami Open has won the Miami Open.

7. PANTHERS: Don't write Cats off yet. Almost. But not yet: Florida is six points off NHL playoff pace with only 11 games left after getting spanked 4-0 Sunday in Pittsburgh. Somewhere between simply needing a lot of luck and needing a miracle rest the Panthers' chances.

8. BOXING: Mayweather-McGregor penciled in for September: The hype has begun with Conor McGregor saying he's going to "shock the world" and win by boxing against heavily favored Floyd Mayweather in their mixed boxing/UFC bout rumored for September. Am I alone in wishing there were a way they both could lose?

9. NFL FREE AGENCY: Report: Teams awary of Kaepernick because of Trump: An AFC GM said teams are hesitant to sign available QB Colin Kaepernick for fear of a an onslaught of negative Tweets from Donald Trump. And in other free agency news, the Dolphins have done pretty good so far but not quite as good as the Patriots. Or did that go without saying?

10. CRICKET: India beats Australia, I think: Actual lead of news story I read Sunday morning: "RANCHI, India (AP) -- A 199-run seventh-wicket partnership between Cheteshwar Pujara and Wriddhiman Saha gave India a 152-run lead after they declared their first innings at 603-9 against Australia on Sunday." Anyone who has any idea what any of that means, would you please keep it to yourself?

Missing the HB10 cut: Congrats to our blog's March Madness Haiku Challenge champion, Ken Whiteley of Chattanooga, Tennessee ..... Canes baseball fell to 8-13 Saturday. Sorry to place you below cricket, Jim Morris, but until you start winning, no Top 10 for you! ..... NASCAR runs today in Phoenix. It will be loud. I won't watch.

Poll result: Shaky support for Marlins honoring Fernandez with uniform patch: We asked if, in light of this week's report putting Jose Fernandez behind the wheel of the fatal boat crash that killed him and two others, it still is appropriate that the Marlins this season to wear a uniform patch honoring Jose. The results: 39.2 percent "Yes. Because of all he meant to Miami and to the Marlins." "No. Not when he caused the tragedy that took two other lives"; and 28.0% "Not sure. I can see both sides." That's a plurality who still favor the patch, but roughly another 60% who are against it or have misgivings.

Select recent columns: A Complicated Legacy, the latest, on developments in the Jose Fernandez saga. A Quintillion Reasons to Love the Madness, on the NCAA Tournament. D.R. and Miami Win the Night, from the World Baseball Classic. Time For Team USA To Win This Thing, previewing WBC at Marlins Park. Thank You, Mae Riback, as I (finally) meet my oldest fan. A Ghost Tour of Miami's Sports Past, on our history of defunct teams. A Tradition Ends In Silence, on Doral's first March without a PGA Tour event since 1961. Also: The Wonder of Coach L.  The Miracle of Liberty City.  Is Whiteside the Whale Heat Needs?  Loria: The End Of An Error.  Thank You, Edwin Pope.