1) It is FRIDAY, March 31. The Florida Panthers, preseason Stanley Cup dreamers, are officially eliminated from playoff contention. 2) Know any Dolfans? Buy them all our new book on club's first half-century, Fins At 50. 3) In The Previous Blogpost (ITPB): Hot Button Top 10, Colin Kaepernick with poll, ode to Venus Williams with List, Elton John with video & more. 4) Join us on Twitter @gregcote. Also Facebook, Instagram, Periscope and Snapchat.

New column: Dolphins' struggle to make up ground on New England: Miami by most accounts has had a strong offseason in free agency. The Patriots have had a better one. As Robert Kraft brags about Bill Belichick coaching into his 80s and Tom Brady playing another six or seven years, we analyze the state of the Fins' efforts to catch their division nemesis. Click on The Long Chase to read.

THE LUDDITE'S ANTI-ANALYTICS HEAT MVP STANDINGS (75 GAMES): Points. Rebounds. Assists. That's it. With tongue only partly in cheek, we go old-school, strip it down, combine the Original Big Three statistical categories, and offer a running, cumulative race for 2016-17 Heat team MVP. We bring you updated standings at five-game intervals. With Miami now 37-38 after last night's win at the New York Knicks, here's The Luddite's 15th installment, with 70-game rank in parentheses. 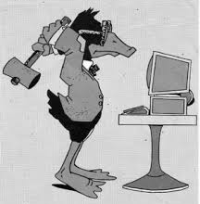 NBA MVP RACE: AND YOUR WINNER IS...: It's an unusually bunched field as the NBA regular season winds down and voting for NBA Most Valuable Player nears. James Harden is generally considered the frontrunner but Russell Westbrook and Kawhi Leonard have strong cases and are joined by the usual suspects like Kevin Durant, LeBron James and Steph Curry, along with an interesting longshot in Isaiah Thomas. (Sorry, Heat fans. I know Goran Dragic and Hassan Whiteside are having nice seasons, but let's keep it real here, shall we?) By the way, the NBA MVP trophy is sponsored by a Kia, a tiny economy car not a single NBA player drives. This poll of actual MVP contenders is alphabetical. Vote now...

Poll result: A big fat "no" to Colin Kaepernick: We asked, just for fun, if you'd prefer to see an available Colin Kaepernick instead of as Matt Moore as the Dolphins' backup quarterback, and it was 57.6 percent "no" vs. 23.6% "yes." The other 18.8% voted "not sure but worth pondering."