1) It is MONDAY, March 6. Good day, folks! 2) Know any Dolfans? Buy them all our new book on club's first half-century, Fins At 50. 3) In The Previous Blogpost (ITPB): Super Saturday in SoFla sports, NFL Scouting Combine with poll & more. 4) Join us on Twitter @gregcote. Also Facebook, Instagram, Periscope and Snapchat.

My Sunday column: A ghost tour of Miami's sports graveyard: IA conversation with an eye-witness to Joe Namath's famous Super Bowl guarantee in Miami got me reminiscing about our sports past and all of the teams that have come and gone. Click on A Ghost Tour of Miami's Sports Past to read. 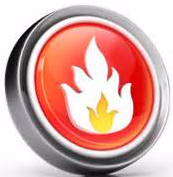 1. HURRICANES: UM men close season, prepare for ACC Tournament: No. 25 Canes men ended regular season Saturday with a loss at No. 15 Florida State. Now the real season season starts, with Canes' ACC Tournament opener (after a first-round bye) on Wednesday at noon vs. Syracuse in Brooklyn. Then it's Selection Sunday for NCAA Tournament in six days … and then … Madness!

2. WORLD BASEBALL CLASSIC: Games at Marlins Park on deck: We're already bored with spring training. The solution? Giancarlo Stanton, Christian Yelich and three other Fish will take a break to play in the WBC, with Marlins Park hosting U.S., Dominican Republic, Colombia and Canada for six games starting this Thursday.

3. HEAT: LeBron sits as Cavaliers get pounded: Is LeBron James returning with Cavaliers to play in Miami still a big deal? Not when he doesn't bleepin' play it isn't. Miami crushed Cavs 120-92 last night as both LeBron and Kyrie Irving sat out, leaving hot Heat still 1 1/2 games back in playoff chase. Teams meet again tonight in Cleveland. (Psst, I think LeBron will play).

4. PANTHERS: Cats deal at deadline, try to regain spark: Florida acquired scoring punch in Thomas Vanek at NHL trade deadline. They need it. They need something. Panthers have now lost five of past six after Saturday's home loss to Dallas, and are now two points off playoff pace. It's there for you, Cats. But you gotta go get it.

5. HORSE RACING: Gunnevera win Fountain of Youth: Gunnevera took Saturday's annual Fountain of Youth Stakes at Gulfstream Park in a major Kentucky Derby prep race. Now we see if the horse can live up the expectations for Churchill Downs that have been newly minted.

7. NFL: Dolphins scout, Canes audition as Combine nears end: NFL's weeklong pre-draft Scouting Combine in Indianapolis ends Monday, with Dolphins figuring what to do with 22nd overall pick while nine Hurricanes have been auditioning. Think of the annual meat market as a beauty pageant for men.

8. GOLF: Doral too quit as an era ends: It should have been championship Sunday on Doral's Blue Monster as the PGA Tour played here for the 56th straight March. Instead, for the first time since 1961, no pros for us.

9. CANES BASEBALL: Ugh. UM's rough start continues It was rubber game of home series vs. Dartmouth Sunday and Canes got spanked 5-0. Now 4-6 after 10 games, this is not the rollicking start to the season that Jim Morris imagined or hoped for.

10. SOCCER: Major League Soccer season underway: The 22nd MLS season has begun. Maybe by the 23rd or 24th seasons roll around David Beckham will finally have realized that team in Miami. Dare we dream? Maybe by the 25th season...?

Missing the HB10 cut: Miami honored the late Herald giant Edwin Pope with a PopeFest celebration at The Clevelander at Marlins Park. It was hosted by Dan LeBatard and Greg Cote, yet was a huge success, anyway.

Poll result: Interest in NFL Scouting Combine is minimal: Teams love it as a major draft-preparation tool. Players love it for the chance to raise their stock. Fans don't love it. We asked what is your interest level in the NFL Scouting Combine, and it was 31.8 percent "non-existent," 30.1% "low," 27.3% "medium" and only 10.8% "high."

Select other recent columns: A Tradition Ends In Silence, on Doral's first March without a PGA Tour event since 1961. Also: Amar'e Joins the Shame Club, NFL's Arrested Development, The Wonder of Coach L, It's What's Great About Sports, The Miracle of Liberty City, Is Whiteside the Whale Heat Needs?, French Embassy and Cuban Smuggling: Play Ball!, Loria: The End Of An Error, Thank You, Edwin Pope.