1) It is SATURDAY, March 4. Enough please with the pointless debate on whether Dwyane Wade should/will rejoin the Heat this summer. It isn't a debate. Won't happen. Zero chance. But only because less than zero isn't possible. 2) You a Dolfan? Know any? Buy our new book on club's first half-century, Fins At 50. 3) In The Previous Blogpost (ITPB): PopeFest a raging success with videos, The Luddite's Anti-Analytics Heat MVP Standings (60 games) & more. 4) Join us on Twitter @gregcote. Also Facebook, Instagram, Periscope and Snapchat.

My latest columns: The sad quiet of Doral, and Amar'e Stoudemire: I visited a too-quiet Doral, where, for the first time since 1961 this week, a PGA Tour golf tournament is not happening. Click on A Tradition Ends In Silence to read that column. I also have a second, shorter, online-only column today on Amar'e Stoudemire's controversy over his anti-gay sentiments. Click on Amar'e Joins the Shame Club for that.

SUPER SATURDAY!: LEBRON VISIT, CANES X2, CATS AND HORSES OH MY!: It's rare I anoint a Super Saturday in South Florida sports, but today qualifies. It's one of those crowded-calendar

sports days (see Hot Button Daily below) that makes you glad you live here. If you can't find something to watch today or tonight that engages you, check your pulse. LeBron James and the Cavaliers visit the Heat with Miami 1 1/2 back in the playoff chase -- so an upset of the ex we love to hate and hate to love would be doubly big. The Panthers have lost four of past five and need to shake their mini-funk as they host Dallas with the Cats two points behind that 8th seed and playoff pace. Hurricanes women's basketball faces rival Duke in the ACC Tournament semifinals. The UM men visit Florida State to close their regular season, with ACC tourney seeding in play. The Fountain of Youth Stakes at Gulfstream Park is a major Kentucky Derby prep race in which Irish War Cry (5-2 odds), Practical Joke (3-1) and Gunnevera (7-2) are close to tri-favorites. Oh, and the Marlins play a spring game vs. the Braves in Lake Buena Vista. I mean, with all of that watch, there is absolutely no excuse today to be caught watching even a nano-second of the NFL Scouting Combine. Seriously.

DO YOU CARE ABOUT THE NFL SCOUTING COMBINE?: It is happening all week in Indianapolis, the NFL's annual pre-draft meat market in which draft prospects (nine former Hurricanes are there) are measured, tested, interviewed and analyzed. It is a good and convenient thing for teams like the Dolphins -- one-stop shopping. It is good for players, though mostly for those expected lower picks who get a chance to stand and and improve their stock. But should fans care? ESPN and NFL Network are televising it and covering it as if fans do care. Share your thoughts on the Combine in this poll. I find it boring and wouldn't if you paid me, but I may be in the minority. Let's see.

1. Cleveland at Heat, 8 p.m.: Doesn't sizzle like before, but a visit by LeBron still stirs emotions.

Select other recent columns: NFL's Arrested Development, on league's cluelessness on how to handle player arrests. The Wonder of Coach L, off Canes' win over Duke. It's What's Great About Sports, on Heat and Panthers' concurrent surge. The Miracle of Liberty City, on how youth football there is about more than scoring TDs. Also: Is Whiteside the Whale Heat Needs? French Embassy and Cuban Smuggling: Play Ball! Loria: The End Of An Error. Thank You, Edwin Pope.

1) It is WEDNESDAY, March 1. Happy new month, all! 2) You a Dolfan? Know any? Buy our new book on club's first half-century, Fins At 50. 3) In The Previous Blogpost (ITPB): Hot Button Top 10, World OutGames Miami, your Tannehill vs. 3 options verdict, Seinfeld on his game & more. 4) Join us on Twitter @gregcote. Also Facebook, Instagram, Periscope and Snapchat.

My latest column: NFL still all over map on arrested players: The NFL has banned certain player with arrest histories from this week's Scouting Combine, but will welcome those same into its draft. College and pro football could get serious on this if they chose, but it's easier (and self-serving) to just pretend to care. Click on NFL's Arrested Development for my latest column.

'EDWIN POPE DAY' IN MIAMI-DADE COUNTY CRESCENDOS WITH CELEBRATION: Thanks to the hundreds who showed up last night for PopeFest at The Clevelander/Marlins Park -- a celebration of the life and career of the late, great Miami Herald sports columnist Edwin Pope. Dan LeBatard and I were pleased to co-host the event in honor of our great friend and mentor. Guests included championship football coach Howard Schnellenberger, Hall of Fame quarterback Bob Griese, Miami-Dade School Board icon G. Holmes Braddock, Pulitzer Prize-winning writer Dave Barry, sports broadcasting's Hank Goldberg, ESPN's Amin Elhassan and king of Liberty City Luther (Uncle Luke) Campbell, in addition to Heat, Dolphins and Orange Bowl Committee officials. The crowd also includes readers, of course, folks who never met Edwin but felt like they knew him through his writing. Evening highlights included the proclamation of "Edwin Pope Day" by Miami-Dade County mayor Carlos Gimenez. Here are couple of videos from last night.

UPDATED: THE LUDDITE'S ANTI-ANALYTICS HEAT MVP STANDINGS (60 GAMES): Points. Rebounds. Assists. That's it. With tongue only partly in cheek, we go old-school, strip it down, combine the Original Big Three statistical categories, and offer a running, cumulative race for 2016-17 Heat team MVP. We bring you updated standings at five-game intervals. With Miami now 27-33 after Monday night's 96-89 loss at Dallas, here's The Luddite's 12th installment, with 55-game rank in parentheses. 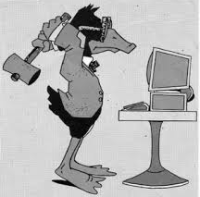 Select other recent columns: The Wonder of Coach L, off Canes' win over Duke, on job Jim Larranaga has done this season. It's What's Great About Sports, on Heat and Panthers' concurrent surge. The Miracle of Liberty City, on how youth football there is about more than scoring TDs. Also: Is Whiteside the Whale Heat Needs? French Embassy and Cuban Smuggling: Play Ball! Loria: The End Of An Error. Thank You, Edwin Pope.

Posted by Greg Cote at 9:30 AM in Heat, Herald, LeBatard, Marlins, Me, Radio, Videos | Permalink | Comments