1) It is MONDAY, March 27. A most happy 70th birthday Saturday to a lifelong favorite of mine, Elton John, pictured then and now. I have been a huge fan since the '70s, augmenting my love of his music with an admiration for his many philanthropic works that set the standard for the music industry. The word is grossly overused in entertainment but it fits this man: Superstar. So happy his milestone birthday found him in a great place and the happiest he has ever been. 2) Know any Dolfans? Buy them all our new book on club's first half-century, Fins At 50. 3) In The Previous Blogpost (ITPB): Kiper's surprise Mock pick for Dolphins, Team USA wins WBC crown, The Luddite's Anti-Analytics Heat MVP Standings (70 games), Sweet 16 title odds & more. 4) Join us on Twitter @gregcote. Also Facebook, Instagram, Periscope and Snapchat.

My Sunday column: The curious unemployment of Colin Kaepernick: I explore what could be the NFL blackballing of Colin Kaepernick in my latest Sunday column. Click on Is There A Team Brave Enough for Kaepernick? to read. Kaepernick threw 16 TDs vs. only four interceptions, topped a 90 rating and was second among NFL QBs in rushing yards last season. He'd make somebody an exciting backup option for the right price -- Dolphins included. Agree. Find a Kaepernick vs. Matt Moore poll here directly below the new Hot Button Top 10.

Bracket update: I stand tied for 14th among 90 teams in a LeBatard & Friends pool after Sunday's results set the Final Four. I have North Carolina (my national champ) and Oregon both still alive in my FF. Two out of four; not bad. ESPN says only 657 of 18,797,085 brackets correctly predicted all four Final Four teams. That is 0.00003495 percent. 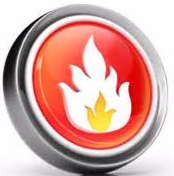 1. NCAA ELITE EIGHT: Finally! The Final Four is set: It'll be 1-seed Gonzaga vs. 7-South Carolina and 1-North Carolina vs 3-Oregon in next week's Final Four semifinal games of the NCAA men's tourney as March Madness nears its crescendo. Are you still alive in your office pool? Or was that your bracket I saw smoldering in tatters on the side of the road this morning?

3. TENNIS: Miami Open reaches midpoint on Key Biscayne: Not as much interest on women's side in a field missing injured Serena Williams, but we'll gladly take a Rafael Nadal-Roger Federer men's final next Sunday (please) as the annual fortnight ends at Crandon Park Tennis Center. Meanwhile Hard Rock Stadium is trying to poach the event from Key Biscayne, which at least beats it leaving altogether.

5. PANTHERS: Cats win big but still need miracle on ice: Florida is down to seven games and still seven points off playoff pace even after Saturday's big 7-0 home win over Chicago. As a disappointing season ebbs do you remember how a big offseason had the Cats talking Stanley Cup? Yeah they'd probably rather that you'd forgotten.

6. HORSE RACING: Gulfstream hosts Florida Derby in five days: Gunnavera will try to solidify his status as a Kentucky Derby favorite in next Saturday's major prep race, the annual Florida Derby at Gulfstream. Always nice to see horses take back center stage at a horse track these days, albeit briefly.

8. NFL/DOLPHINS: Looks like free agency came and went quietly: Um, is that all there is? Dolphins didn't make a big splash, and biggest questions that remain nationally involve the possible landing spots for QBs Tony Romo, Colin Kaepernick, Jay Cutler and Jimmy Garoppolo. But the draft is getting close!

9. TIGER WOODS: Eldrick still hoping to be ready for The Masters: Year's first major is April 6-9 at Augusta, and Tiger Woods -- his long-awaited comeback from back ailmenbst forever delayed or aborted -- says he wants in. Do we believe him? Do we still care?

10. CANES BASEBALL: UM avoid sweep, at least: Once-ranked Miami now 11-13 after avoiding a sweep by winning Sunday at No. 8 North Carolina. The season he dreamed of is a nightmare thus far for Jim Morris.

Missing the HB10 cut: Sorry, UM football. You don't have the courtesy to open your spring practices to the public, you don't get in the HB10 ..... The Lakers unveiled a 1,200-pound dunking statue of Shaquille O'Neal. So it's about life-sized, then ..... OK UCLA finally lost. Can we all stop interviewing LaVar Ball now please? ..... U.S. men's soccer crushed Honduras, 6-0, reminding us that Jurgen Klinsmann really did need to go ..... Ultra Music Festival ends today in Miami, the only event at which drugs not only are allowed, but are required. 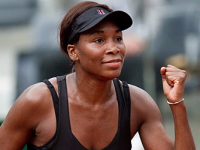 THE UNDERAPPRECIATED WONDER OF VENUS WILLIAMS: [Update: Venus won her opening match in the Miami Open, defeating Beatriz Haddad Maia 6-4-,6-3, and plays again today] Original post: As Serena Williams skips this Miami Open tennis tournament on Key Biscayne with a knee injury, we take the occasion to give the credit that is due to the overshadowed, underappreciated career of older sister Venus Williams. Serena said recently of Venus: "There’s no way I’d be at 23 [Grand Slam titles] without her. There’s no way I’d be at one without her. There’s no way I’d be anything without her. She’s the only reason the Williams sisters exist." Serena says her drive to be better than her big sister is what drove her to greatness. But imagine all of the additional major title Venus might have won if her greatest rival hadn't been her own sister? Click on An Ode to the 'Other' for my column in tribute to Venus.

THE LIST: TOP 5 GREATEST VENUSES OF ALL-TIME: Our own order:

1. Venus (second planet from the sun)

"WHERE TO NOW, ST. PETER?," ELTON JOHN, 1970: Tumbleweed Connection was the first Elton John album that really struck me, with its influences in country and Americana but also rock and even psychedelia. I had no idea then that the music of this man would become a lifelong friend...

Select other recent columns: Method to the Madness?, on the bizarre LaVarBall. Miami Open Is Battered, Not Beaten, previewing the tennis tournament. A Complicated Legacy, on developments in Jose Fernandez saga. A Quintillion Reasons to Love the Madness, on NCAA Tournament. Time For Team USA To Win This Thing, previewing World Baseball Classic. Thank You, Mae Riback, as I meet my oldest fan. A Ghost Tour of Miami's Sports Past, on our history of defunct teams. A Tradition Ends In Silence, on Doral's first March without PGA Tour event since 1961. Also: The Miracle of Liberty City.  Is Whiteside the Whale Heat Needs?  Loria: The End Of An Error.  Thank You, Edwin Pope.