« If LeBron were any more thin-skinned we'd see his internal organs. New Barkley vs. James beef poll. Vote now!; plus latest Super Bowl With a Smirk, National Signing Day, blog debut of Hot Button Daily, new betting odds, latest Back In My Day video & more | Main | Me and Dwyane Wade, Twitter and wine; plus our Falcons-Patriots prediction, the new Super Bowl With a Smirk & more »

1) It is THURSDAY, February 2. I'm back at Friday Page World Headquarters for the last time this season working up my Super Bowl pick. Anybody got a coin? 2) A new Herald Sports Facebook page has debuted. Click HERE. 3) Shameless Plug Alert! Our new Miami Dolphins book on the club's first half-century makes the perfect shoulda-bought-it-for-Christmas-but-it-isn't-too-late gift for every Dolfan you know. Click on Fins At 50 to order. 4) In The Previous Blogpost (ITPB): Barkley-LeBron beef poll, Super Bowl With a Smirk second edition, updated betting odds, new Back In My Day video & more. 5) Join us on Twitter @gregcote. Also Facebook, Instagram, Periscope and Snapchat.

RICHT SCORES BIG WITH CANES RECRUITING, AND ONE NAME JUMPS OUT: Miami scored the nation's 12th-ranked recruiting class (according to ESPN) this week in the first full shot for Mark

Richt after last year's late arrival and scramble, and he wasn't lying yesterday in saying, "We nailed it." UM's 24 recruits  (11 are from South Florida) include 13 four-star rated guys, and 10 from the ESPN 300. The name that jumps out, for me, is fleet receiver Jeff Thomas (pictured), who had not been committed to UM and was a huge late get, favoring the Canes over A-list suitors including Alabama. Thomas will pair with Ahmmon Richards to form a dynamic wideout set for whomever emerges this spring as Brad Kaaya's replacement at quarterback. And that should be a great competition with four legit contenders. I also like that The U really beefed up its offensive line, including behemoth 6-6, 375-pound Navaughn Donaldson from Miami Central. He is bigger than my refrigerator. UM's defensive line looks to be pretty great with the notable addition of pass rusher D.J. Johnson. UM still seems a bit thin to me at running back, but in the overall I really like this incoming class and the job Richt and company did. With 14 of 22 starters returning and a near-Top 10 class arriving for a team that finished 9-4 with an impressive bowl win, this is a program on the upswing. Florida State and Clemson remain gigantic hurdles for UM in the ACC; still, Miami should be an improved team with a steady polls presence in 2017.

LATEST 'SUPER BOWL WITH A SMIRK': GOODELL SACKED, SMOKING WITH DITKA, RYAN LEAF, UNCLE MORT: Smirk returns with our third of five daily columns needling the self-important NFL and the excess and gravitas of its big game:

NFL commissioner Roger Goodell held his annual pre-Super Bowl "state of the league" news conference in Houston on Wednesday, and, really, it seemed to go fabulously well for him.

There was not a single uncomfortable question put to him, with the exception of the Chargers bolting San Diego, the Raiders trying to move to Vegas, lower TV ratings, the refugee travel ban, concussions and brain injuries, the broad perception of diminished quality of play — oh, almost forgot! — and the likelihood that Sunday night he’ll be forced to hand the Vince Lombardi Trophy to Tom Brady after dodging the Patriots for two years over Deflategate.

Quarterbacks under constant sack siege face less pressure. By the end of the 75-minute grilling Goodell’s wingtips were covered by a rising puddle of his own sweat.

At one point, as yet another Deflategate-related question whizzed at him like shrapnel, Goodell said he has "no doubt" that if he were to attend a Patriots game in Foxborough he would be "welcomed."

Whatever he said next could not be detected above the massive roar of braying laughter that could be heard 1,600 miles away in New England.

(*) In college football, Wednesday was National Signing Day, when teams collect their latest bounty. In the NFL it was National Sighing Day, the dead middle of Super Bowl Week, when fans already are tired of the buildup but resigned to more of it.

(*) You could spend up to $112,000 on a single Super Bowl ticket on StubHub on Wednesday. If Smirk is spending that much for one seat, there had better been an envelope stuffed with about $111,500 waiting on that seat.

(*) The NFL announced Wednesday that the Patriots and Raiders would play a regular-season game in Mexico next season if they can manage to scale Trump’s wall.

(*) Celebrity parties are as big a part of Super Bowl Week as the game itself, according to party planners, and Mike Ditka and Ron Jaworski co-host one Thursday: "Cigars With the Stars." Sounds like fun, other than the choking cigar smoke and the dreadful possibility of inadvertently having to converse with either Ditka or Jaworski.

(*) NFL security officials are warning about counterfeit tickets. If, for example, the ticket you bought seems extraordinarily small and reads, "AMC Theaters/La La Land/Admit One," it might not be a bonafide Super Bowl ticket.

(*) Friday is the 26th annual NFL Foundation/NFL Legends Super Bowl Golf Tournament. One of the team captain "legends" is Ryan Leaf. Oh, how I wish I were making that up.

(*) In an NFL initiative, Houston Habitat For Humanity rebuilt a home Wednesday despite derisive heckling from members of bitter rival group Rebuilding Together. OK, I made up that second part.

(*) Super Bowl halftime performer Lady Gaga said in a revealing interview that she would not reveal much about her planned show. People are betting on which song she’ll sing first. Smirk could not care less but is hoping for a wardrobe malfunction.

Click Smirk I and Smirk II for this week's previous Smirks.

UPDATED: THE LUDDITE'S ANTI-ANALYTICS HEAT MVP STANDINGS (50 GAMES): Points. Rebounds. Assists. That's it. With tongue only partly in cheek, we go old-school, strip it down, combine the Original Big Three statistical categories, and offer a running, cumulative race for 2016-17 Heat team MVP. We bring you updated standings at five-game intervals. With Miami now 20-30 on nine straight wins after last night's over Atlanta, here's The Luddite's 10th installment, with 45-game rank in parentheses. Dragic, by the way, has narrowed his deficit to Whiteside from 216 points to 129 in past five games. 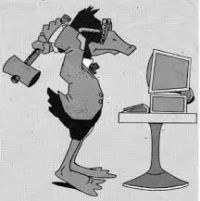 Poll result: LeBron most to blame in Barkley beef: We asked who's most wrong and it was 65.4 percent for LeBron James' personal-attack response and 13.2% for Charles Barkley calling LeBron whiny. Another 14.3% said neither because both had a point, and 7.1% said both are equally to blame.

4. Phoenix Open, all day: First round of PGA Tour event.

Select recent columns: Greatness Times Four, on Lebron, Brady, Serena and Tiger. Miami In the Super Bowl, on the Miami-tie guys playing in this one. Home Run For Montoya, Miami, from the Race of Champions here. Thank You, Edwin Pope, on the death of a friend, mentor and Miami Herald icon. Also: Is Tannehill Close Enough to Great? When Playoffs Become the Norm Again. A Year Of Heartache, But Then A Smile. An Orange Bowl Classic. Road Back Starts With Bowl Win. Missing Dwyane Wade.