1) It is MONDAY, February 27. You a Dolfan? Know any? Buy our new book on club's first half-century, Fins At 50. 2) In The Previous Blogpost (ITPB): Ryan Tannehill vs. 3 options with poll, hot Panthers return home, Radio Friday & more. 3) Join us on Twitter @gregcote. Also Facebook, Instagram, Periscope and Snapchat.

Latest column: On Larranaga, Canes beating Duke: This was supposed to be a down year for a depleted Hurricanes men's team. Instead it is headed to Top 25 after beating visiting Duke 55-50 Saturday. The season is a testimony to coach Jim Larranaga. Click on The Wonder of Coach L for my column.

POPEFEST! 1 DAY 'TIL THE CELEBRATION OF EDWIN POPE: A public celebration in honor of the late, great Miami Herald sports columnist Edwin Pope will be held this Tuesday, Feb. 28, from 7 to 10 p.m. at The Clevelander at Marlins Park -- the first event in his honor held in Miami and open to the public. The celebration is free. However, due to seating capacity, only a limited number of invitees are being chosen from among those who RSVP'd and described what Pope meant to them. You can still try to sneak in by RSVP'ing now to edwinpopememorial@gmail.com

HOT BUTTON TOP 10 (UPDATED): WHAT SOUTH FLORIDA SPORTS FANS ARE TALKING ABOUT: Our blog-exclusive every-Sunday, updated Mondays, feature is part week-in-review, part look-ahead. Hot Button means what's on our minds, locally and nationally, but from a Miami perspective, as the sports week just past pivots to the week ahead. This week's HB10: 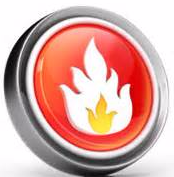 1. HEAT: Miami stays hot on court, says nah on trades: Heat has now won 16 of past 18 games including both since the All-Star Break and enters tonight's game in Dallas a mere 1 game off playoff pace. Meanwhile Miami made no moves before last week's NBA trade deadline. “I'm glad we didn't do anything stupid,” said Pat Riley. Well that's a low bar. But maybe smart, too. Maybe a team capable of winning 16 of 18 is sort of good enough as is?

3. PANTHERS: Cats cool down at home, still chasing 8th seed: Florida has followed a 5-0 road trip by losing three straight at home with Sunday's loss here to Ottawa and is now 3 points off playoff pace. Suddenly slumping Cats have some tough clawing and scratching to do to have any shot at that bodacious preseason Stanley Cup talk.

4. MARLINS: Spring is sprung for real as fake games begin: Marlins' spring-training games began with a win Saturday in Jupiter fueled by a Christian Yelich homer. Can we end the season now and go straight to the playoffs? Also it was reported the late Jose Fernandez just had a baby girl. Whether uplifting memories or stuff like lawsuits or reports he'd been previously divorced, Jose will continue to loom over this season.

5. NASCAR: Kurt Busch win in Daytona 500 kicks off new season: "Gentlemen (and Danica Patrick), start your season!" What ends at Homestead in November begins Sunday at Daytona with Kurt Busch prevailing with a late flurry.

6. GOLF: Fowler dominates, wins Honda Classic: Colorful Rickie Fowler's fourth PGA Tour title was by a commanding four shots Sunday in the Honda Classic at PGA National in Palm Beach Gardens. Hard to say which will be louder today with Fowler: the gallery following him. Or his clothes.

7. UM BASEBALL: Ouch. Canes get swept in Gainesville: Miami lost three straight to Florida up there ending Sunday. This has unquestionably been the nemesis opponent in Jim Morris' Canes career. As of now, Morris' epitaph would read, "Yes. But he couldn't beat the Gators."

8. DOLPHINS: Fins get three compensatory draft picks: Miami gets one added third-round pick and two in the fifth round, based on players gained and lost in free agency. Then again, almost every NFL team gets added picks, which is why this only ranks eighth on the HB10.

10. NBA: Cousins to Pelicans biggest deal before trade deadline: DeMarcus "Boogie" Cousins aligns with Anthony Davis in New Orleans and I read a headline to the effect, "Watch out, Golden State! Power shift!" Then I laughed uncontrollably for the next four minutes.

Missing the HB10 cut: PopeFest! Huge party Tuesday at The Clevelander at Marlins Park will honor late, great Miami Herald icon Edwin Pope. It's being put on by Dan LeBatard and Greg Cote. Hopefully it'll be good, anyway ..... Dolphins signed six ex-players including Dan Marino to ceremonial one-day contracts. Team denied it wa a publicity stunt ..... Former WNBA star Candace Wiggins said she guessed 95 percent of players in the league are gay. Which is absurd. Gotta be higher than that, no? ..... A transgender wrestler, female-becoming-male Mack Beggs, won the girls 110-pound Texas state title to complete a 56-0 season. Which is heartwarming, other than the testosterone he's using in his transition providing a possible advantage in competition ..... The Jets cut center Nick Mangold and 943 Dolphins fans immediately tweeted Miami should sign him ..... Vince Young is eyeing a comeback. If only any football teams were eyeing Vince Young.

'WORLD OUTGAMES MIAMI 2017" IS COMING TO TOWN: It was announced this week that a major 10-day event that combines sports, culture and human rights will make its U.S. debut in Miami this May 26 through June 4, with registration now underway online at outgames.org. (Florida residents can save $100 off registration by signing up before April 14 and entering code

FLLRES). Athletes from more than 40 countries are expected to compete in some 400 events across some 30 sports, with Opening and Closing Ceremonies scheduled for Marlins Park. "World OutGames Miami will welcome thousands of athletes, participants, spectators and thought leaders from around the world as a strong statement of unity, inclusiveness and healthy competition," said CEO Ivan Cano, who calls the event "a life-changing experience which will inspire, motivate and celebrate the human spirit." World OutGames, held every four years like the Olympics, brings together LGBTQ athletes -- many from countries where homosexuality remains illegal and hidden. In a spirit of true inclusiveness, however, World OutGames are open to anyone 18 or older, regardless of sexual orientation. In addition, a youth program for those ages 14 to 17 will be held via Pridelines Youth Services, a Miami-based non-profit group that offers a safe place for LGBTQ youth and others. The event also will include a three-day Global Conference on Human Rights. Organizations and business interested in supporting World OutGames Miami may click here or visit www.outgames.org. Why am I writing about and promoting this event? Simple. Two reasons, and they are not in order of importance: 1) This is a major sports-related event coming to my town. And 2) Paths of acceptance and inclusion are severely and I think unfairly narrowing under the new presidential administration, making life tougher for those of any sexual orientation but heterosexuals. I don't think that's right, I don't believe most people think that's right, and an event like this and support for it are a way to push forward the ideals of inclusion, acceptance and goodwill.

POLL RESULT: BIG WIN FOR TANNEHILL: We asked, in a just-for-fun poll, who you would most like to see as the Miami Dolphins starting quarterback in 2017 among four choices, the response was huge, and and it was Ryan Tannehill 75.1 percent, Jimmy Garoppolo 13.0%, Tony Romo 10.0% and Jay Cutler 1.9%.

SEINFELD ON HIS A-GAME: My wife and I and a son and his girlfriend attended the Jerry Seinfeld show at the Hard Rock last night, and I don't believe I have ever laughed as much -- harder or more nonstop -- at any standup comic's show I have ever seen, live or on film. Seinfeld, at 62, is as great as he has ever been. He owned the audience, start to finish. Wonderful show. This is the third time we have seen him live and I still am amazed (and impressed) that none of his show is spent talking about the eponymous '90s sitcom that made him famous. Nary an mention of Elaine or George or that era. He's moved on, stayed fresh. A Marvel to see live.

4. Not much else. Sleepy  Mondays often follow full Sundays in sports kingdom.

Select recent columns: The Wonder of Coach L, the latest, off the Canes' win over Duke, on the job Jim Larranaga has done this season. It's What's Great About Sports, on Heat and Panthers' concurrent surge. The Miracle of Liberty City, on how youth football there is about more than scoring touchdowns. Also: Is Whiteside the Whale Heat Needs?, surveying Heat as trade deadline neared. French Embassy and Cuban Smuggling: Play Ball!, from start of Marlins spring training. Loria: The End Of An Error, on team's reported possible sale. Give the Devils Their Due, on Belichick and Brady. Home Run For Montoya, Miami, from the Race of Champions. Thank You, Edwin Pope, on the death of friend, mentor and Herald icon.