Our Dolphins-Steelers game column from Pittsburgh: Click on When Playoffs Become the Norm Again to read. And find our in-game blog and other postgame thoughts directly below the latest DSM poll.

AFC wild-card playoff loss at Pittsburgh eliminating Miami following a 10-6 regular season and first postseason appearance in eight years. Reflecting that accomplishment, this is the highest final DSM reading since 2008. The DSM is a continuous weekly gauge of how fans are feeling about the Dolphins and their direction. Right after each game I invite you to share your overall degree of satisfaction. Criteria for voting is your own, but I suggest fans consider the most recent game's performance and caliber of opponent, season as a whole, direction the club is heading and your overall degree of optimism -- all in the context of reasonable expectations. Because this was the season-ending poll, I suggested special emphasis be given to the season as a whole. Results are certified official the day after one full day of voting. In this case that was around 6:30 a.m. today/Tuesday.

Dolphins playoffs, other select recent columns: It Isn't About Tannehill, how Fins have a chance in Pittsburgh with Moore if everything else goes right. There's A Longer Drought to End Now, on Dolphins preparing for first playoff game in eight years. A Year Of Heartache, But Then A Smile, in review of South Florida's 2016 sports year. Also: An Orange Bowl Classic. Road Back Starts With Bowl Win. Missing Dwyane Wade, Football Town Strikes Back. 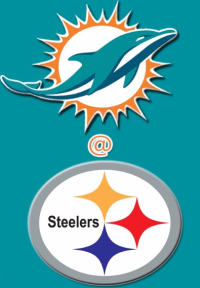 PLAYOFF: PITTSBURGH 30, DOLPHINS 12: POSTSEASON DROUGHT ENDED TODAY FOR MIAMI ... BUT SO DID SEASON: Postgame thoughts: Watch for our game column from Pittsburgh online by early evening. For now, a good season for Miami ended badly today in Pittsburgh withj this 30-12 loss. Miami's defense got crushed early in giving up three long scoring drives for a fast 20-3 hole, and Fins could never recover. Moore's three turnovers really hurt, especially a lost fumble at the Pittsburgh 8 when Miami trailed 20-6 and had a chance to be withing 20-13 at halftime. A season of progress for the franchise, but an ending that verified how much of a gap remains between the Dolphins and better teams ..... 4Q: Howard intercepts Roethlisberger, begging the question, "Why was Ben still in the game?" ... Fins onside kick fails ... MIA now down 30-12 after first TD of day, 4-yard Moore to Williams pass, followed by failed 2-point pass ... Ajayi leaves game shaken up but seems OK. Tough, quiet game for him: 16 carries, 33 yards ..... 3Q: Fins turn it over on downs with :02 left in quarter ... PIT 30-6 now late in quarter after Bell 8-yard scoring run. Call it. Dolphins are done ... Dolphins continue to kill themselves. Moore's interception, his third turnover, has Steelers threatening again ... PIT expands lead to 23-6 on 34-yard FG ... That's twice in a row Moore fumbles on sacks have cost Miami points. Dolphins having chances to get back in this game but keep squandering them ..... Halftime thoughts: Three dominant drives have been enough for Pittsburgh in a 20-6 half. Roethlisberger's 188 yards passing, Bell's 99 rushing and Brown's 125 receiving have owned the Dolphins defense. And yet Miami, with the ball to start the second half, is hardly out of it. Fins had a wonderful chasnce late to make it 20-13 and seize momentum before Moore's sack/fumble loss at Steelers 8 in final moments. A crater of a hole Miami has dug itself, but I sense a chance, a bit of hope ..... 2Q: Parker 37-yard catch makes it 1st and goal at PIT 8 but play gioes for naught as Moore is sacked, loses fumble ... Fins' Thomas intercepts Roethlisberger. PIT was on edge of FG range so play may have saved three points ... Big interference penalty on MIA's Howard, then Mitchell drops an interception ... MIA within 20-6 on Franks 47Y FG. Dirty, penalized hit by PIT's Dupree knocks Moore from game during series, but he's back in after missing only one play. Tough young man ... Grant fumbles Miami kickoff return but Fins keep it ... Bell 1-yard TD run has PIT up 20-3 after missed extra point kick. Bell's 26-yard scoring run had been overturned, with ball marked at 1 ... MIA defense gave up 213 yards, 162 through air, in first quarter ..... 1Q: Seeing some really bad non-tackling by Fins so far ... MIA on board at 14-3 with 38-yard Franks FG. Stills 36-yard catch on 3rd down led the drive ... Absolute nightmare start for Miami. Pit 14-0 now on Brown 62-yard scoring pass. Steelers have 175 yards on 11 plays so far ..... PIT quick 7-0 lead when Brown turns screen pass into 50-yard scoring play down left sideline. Great hesitation and acceleration by Brown and exactly what underdog Fins didn't need: an early deficit ..... Pregame: Dolphins in aqua pants, white jerseys today ...  Coming to you from freezing Pittsburgh, where the temp is hovering around 10 degrees but the wind-chill factor supposedly makes it feel 2-below. I'm pictured arriving this morning at the game. Sunny and dry, though ... Betting line shot all the way to 13 but settled back down to 11 1/2 ..... Original post: Dolfans this morning awakened to a playoff day for their team for the first time since Jan 4, 2009 -- or 2,926 days later. This ends the franchise's eight-year postseason drought. But Miami's season will end today in Pittsburgh (1 p.m. kickoff, CBS) unless the Dolphins can rid themselves of another, longer drought: a first playoff victory since Dec. 30, 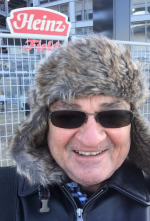 2000. Miami (10-6, No. 6 AFC seed) is not given much of a chance vs. Pittsburgh (11-5, No. 3). Dolphins are 11-point underdogs, biggest of Wild-Card Weekend. Teams that were double-digit underdogs were 0-14 this season. That means, by that measure, it would be the biggest upset of the entire NFL season if Miami won today. Fins are huge 'dogs despite having beaten the Steelers in Miami, 30-15, in October. Some of that is the perceived huge home-field advantage of Pittsburgh in January, with temps expected today as low as 10 degrees. Miami also will be missing four key players who led the October win: QB Ryan Tannehill, C Mike Pouncey, S Reshad Jones and CB Byron Maxwell. And Pitt is healthier now. This time Steelers will have run-stopping linebacker Ryan Shazier to make sure Jay Ajayi doesn't run for 204 yards again. The gaping point spread also reflects a perception that Miami, taking its first playoff bow since '08, is the sort of the happy-to-be-here interloper ready for its reality check, in contrast to the playoff-tested Steelers. Also, it's hard to envision that Big Ben Roethlisberger, the two-time champion making his 18th postseason start, won't best Matt Moore making his first postseason start. Did I mention Steelers are on a seven-game winning streak? One more: Dolfans should be concerned less about no-Tannehill than about their defense giving up 31 or more points in three of past five games. Having said all that, though, the double-digit betting line either flatters Pitt or (more likely) disrespects Miami, or both. Do I see Dolphins winning a playoff game today for the first time since 2000? Nope. But I like them with the points, respectably bowing out, not getting blown out. My pick: Pittsburgh, 27-20. 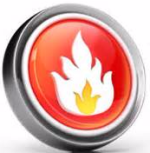 1. DOLPHINS: Playoffs!?! Yes, playoffs. But they didn't last long for Miami: Miami visited Pittsburgh Sunday for Dolphins' first playoff game in 8 years and 4 days. Alas, it was hardly worth the weight, with Fins bounced after a resounding 30-12 defeat. Oddsmakers had given Miami little chance. Buncha know-it-alls.

3. HEAT: Winslow done as Miami flails through season: Heat has lost eight of past nine games and is 11-28, the NBA's third-worst record. And now Justise Winslow is is done for the season after shoulder surgery. Well, um, Tuesday at Golden State should be fun!

5. NFL PLAYOFFS: It's Wild-Card Weekend!: Eight teams including Miami were in action this weekend, but only Houston, Pittsburgh, Seattle and Green Bay survived. Their prize? The four winners get to go on the road and be underdogs next week vs. the rested, top-seeded Chiefs, Patriots, Cowboys or Falcons.

6. UM BASKETBALL: Big week for Canes hoops: Coming into the meat of the season with ACC play underway. The No. 14-ranked UM women hosted and lost to No. 7 Notre Dame on Sunday, and now the Canes men, not ranked but close, host the No. 23 Irish on Thursday.

7. PANTHERS: At midseason, Cats disappointing but not done: Florida has lost six of past eight and is 6-13 since the coaching change, and yet Panthers find themselves only four points off playoff pace at midseason. Anybody up for a hopeful “We're No. 8!” chant?

10: NHL: Columbus finally loses: Blue Jackets lost after 16 wins a row, one short of the 24-year-old record set by Pittsburgh. Yes, because when you think of hockey tradition and excellence, you start with the Columbus Blue Jackets.

Missing the HB10 cut: Nate Silver's fivethirtyeight.com is calling a Patriots Super Bowl win. If Nate's as accurate with that as he was on Hillary beating Trump, Pats fans should be worried, indeed ..... Erik Spoelstra called it "shameful, disgraceful" that Goran Dragic was ejected from Friday's game. Also shameful and disgraceful: Heat's 11-27 record following the loss ..... Ex-Dolphin Jason Taylor and Fort Lauderdale-born Isaac Bruce were locals making the Pro Football Hall of Fame cut to 16 finalists ..... U.S. beat Canada to win the world juniors title in hockey. First we steal their Stanley Cup trophy every year, now this ..... Marlins and Canes fans, we're one month from baseball kicking into gear ..... R.I.P., Marti Huizenga.

THE LIST: SUPER BOWL TOURNAMENT: Twelve teams were in it including Miami entering this weekend, but all teams are not created equal. Here are the 12 playoff teams listed in order of betting odds that each will win the Super Bowl, via the Westgate Las Vegas SuperBook. We also list each team's points differential. Notice how the two correlate to some degree: