« What was 2016's biggest national sports story? Annual year-end poll. Last day to vote!; plus FSU 33, Michigan 32 in an Orange Bowl classic; also, Dolphins-Patriots pick (uh oh), how Marino was ahead of his time & more | Main | What was Miami's No. 1 sports story of 2016? Poll lists 15 finalists. Voting extended to this one last day!; plus no way Tannehill should play Sunday, our Canton finalists, The Luddite's Anti-Analytics Heat MVP Standings & more »

1) It is MONDAY, JANUARY 2, 2017. I Tweeted out the likelihood yesterday, now it's official: Dolphins at Pittsburgh, 1 p.m. Sunday. 2) Happy official New Years Day Observance day! May it be a wonderful day and year for you and your loved ones! 3) Shameless Plug Alert: Our new Miami Dolphins book on the club's first half-century is now available -- a perfect late Christmas or Happy New Year gift for every Dolfan you know! Click on Fins At 50 to order through Amazon, Barnes & Noble or elsewhere. 4) In The Previous Blogpost (ITPB): Biggest national sporty story of 2016 poll, NFL Week 17 picks, FSU-Michigan Orange Bowl & more. 5) Join us on Twitter @gregcote. Also Facebook, Instagram, Vine, Periscope and Snapchat.

Dolphins column from Sunday finale looking ahead to Pittsburgh: It's good Miami has ended its eight-year NFL playoff drought. Now it's time to erase that playoff victory drought stretching 16 years. Click on There's A Longer Drought to End Now for my column from Sunday's season-ending loss to New England.

A year of loss, but one that left us smiling: We lost big when Dwyane Wade left. We lost bigger when Jose Fernandez died. But in the end 2016 left South Florida smiling because -- Hallelujah -- the Dolphins made the playoffs! Click on A Year Of Heartache, But Then A Smile for my year-in-review column.

Other select recent columns: An Orange Bowl Classic, from Friday's 33-32 Florida State victory over Michigan. Marino Led NFL Arms Race, on how No. 13 was so ahead of his time. Road Back Starts With Bowl Win, on why Hurricanes ending their bowl victory drought was so important. The Gift Of Winning, on Dolphins rewarding fans with a happy holiday for a change. Also: Missing Dwyane Wade, Football Town Strikes Back.

DOLFAN SATISFACTION METER:72.6%: Results are certified in the latest (but not last) Dolfan Satisfaction Meter postgame poll, and they show 72.6 percent overall approval -- the combination of "very" and "somewhat" satisfied votes -- in the wake of Sunday's 35-14 loss vs. New

England putting Miami's final regular season record at 10-6. (We'll have our next poll following this week's playoff opener at Pittsburgh). The DSM is a continuous weekly gauge of how fans are feeling about the Dolphins and their direction. Right after each game I invite you to share your overall degree of satisfaction. Criteria for voting is your own, but I suggest fans consider the most recent game's performance and caliber of opponent, season as a whole, direction the club is heading and your overall degree of optimism -- all in the context of reasonable expectations. Results are certified official the day after one full day of voting. In this case that was around 6:30 a.m. today/Tuesday.

G16: NEW ENGLAND 35, DOLPHINS 14: PLAYOFFS AHEAD, TRIP TO PITTSBURGH ON DECK: Postgame thoughts: Well, Miami got handled today. Brady picked apart the defense, which couldn't get off the field. And the Fins offense, except in spurts, was ineffective. Miami gave itself a shot in drawing within 20-14, but the 35-14 final better conveyed the ass-kicking it actually was. Miami headed to Pittsburgh, as expected , but not with the desired momentum a win here would have generated ..... 4Q: Garoppolo in for Brady late in game ... Blount 1-yard TD after Williams fumble gives Pats commanding 35-14 lead after 2-point pass. Barring a miracle rally, Fins are headed to Pittsburgh for playoff opener ... Awful turnover by Williams on a 2nd-and-goal play from Pats 9. Ball returned 69 yards and has Pats in Miami red zone ... Pats have been controlling clock, Fins need 7 points pretty fast to give themselves a real chance ..... 3Q: NE up 27-24, regains control on Brady's 77-yard pass play to Edelman to snatch back the momentum Fins held for about a minute and a half ... Moore-Stills 25-yard scoring strike has MIA within 20-14 ..... Halftime thoughts: Somewhat incredible Miami is only down by two scores after being pretty thoroughly dominated all over the field. Fins defense has been passed- and run-over for 260 yards while the Miami offense has managed a tepid 105. Dolphins not out of it if they can score early in second half but looking very much at this point that Fins will keep No. 6 AFC seed and be headed to a playoff opener at Pittsburgh ..... 2Q: Pats miss a 52-yard FG try on half's final play ... MIA within 20-7 on Moore-Landxry 8-yard scoring pass 28 seconds before halftime. They're aliiive! ... Pats 20-0 now on 26-yard FG after 15-play, 8-minute drive. Fins defense just can't get off the field ... NE 17-0 on 40-yard FG ..... 1Q: NE 14-0 on Brady-Floyd 14-yard TD pass. Fins defense being dominated early ... Miami punt has its defense back on field much too soon ... NE 7-0 on Brady-Bennett 2-yard scoring pass. Impressive opening drive of 41 yards passing, 34 rushing and 3-for-3 on 3rd downs over 7:32. Pats ain't Super Bowl favorites for nuthin', folks ..... Pregame: Fins honoray pregame captains, all in Hall of Fame jackets: Marino, Griese, Csonka, Little, Stephenson, Warfield. Not bad ... Betting line, which opened with Pats favored by 7 1/2 and got as high as 10, has settled at 8 today ... Dolphins in all-aqua uniforms today, which beats the hell out of those hideous Creamsicle-orange unis they wore earlier this season ..... Original post: It's a great day to be a Dolphins fan. That is not a sentence written or said nearly enough the past several years. But today at 1 p.m. the 10-5 Dolphins host the rival 13-2 Patriots to close the regular season, and the club will see six of its Hall of Fame legends led by

Dan Marino honored at halftime. Then, of course, win or lose today, Miami's first playoff game since 2008 will be directly ahead. Fins will be the No. 6 AFC and open the postseason at Pittsburgh unless they can climb to No. 5 for a far more favorable opener at Houston. That will happen only if Miami beats New England today and if Kansas City loses at San Diego. Computer odds put the likelihood of that at 10.9 percent, meaning an 89.1% probability of "at Steelers" next week. But let's not get ahead of ourselves. First, the Patriots. Many readers have been kind enough to point out that I picked the Dolphins to lose both of past two games, and was wrong both times. Well, as a public service, I’m picking them to lose again! You’re welcome. But this time I mean it. Pats beat Miami early in season with Jimmy Garoppolo. Now I’m supposed to think they won’t with Tom Brady? The game is meaningful to NE, which would clinch home-field advantage throughout with a win here and a loss by Raiders, so we'll see the A-game Pats, not the resting-starters Pats. Yeah, I know: Brady has lost his past three starts in Miami. This I also know: New England’s defense has not allowed a touchdown in more than nine quarters. It is that balance and completeness at Bill Belichick’s command that makes Pats the Super Bowl favorite, not just Brady. Plus, Jay Ajayi has been limited this week by a sore shoulder. The betting line that opened at  7 1/2 ballooned to double digits — that’s too big. But if you’re looking at this game as the Litmus test for whether Miami finally has caught up to its AFC East nemesis, the answer is, "Not yet." My pick: New England, 24-20. 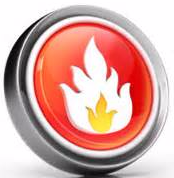 1. DOLPHINS: Playoff at Pittsburgh looms as Dolphins drop finale to Patriots: The regular season wrapped at 10-6 with Sunday's 35-14 home loss to New England, but forget that. What matters now is that the phrase said this time of year takes on a new and literal meaning for long-suffering Dolfans as their team prepares for its first playoff game since 2008 on Sunday at 1 p.m. at Pittsburgh. Happy New Year!

2. HURRICANES: UM ends 10-year bowl drought, Kaaya goes pro: It was a long time coming, but after an 0-6 run in bowl games, the 31-14 win over West Virginia in Orlando marked UM's first postseason victory since 2006. An even bigger win for the program? Would have been QB Brad Kaaya deciding to stay. Alas, Monday night he revealed he'll be entering the NFL Draft.

3. COLLEGE FOOTBALL: It's an Alabama-Clemson rematch for championship:  Crimson Tide and Tigers won their semifinals Saturday and will meet next week in College Football Playoff finale, with 'Bama an opening 6-point favorite. We keep rooting against Nick Saban, and it keeps not doing any good.

4. ORANGE BOWL: FSU-Michigan thriller an OB Classic: Orange Bowl had a heavyweight matchup in Florida State vs. Michigan. It also had one of the best games and thrilling finishes in its 83 years in FSU's 33-32 upset win. Started when Renegade bucked Chief Osceola, but got better for Noles.

5. HEAT: Miami hurtling toward worst season in nine years: Team is 10-25 with five straight losses and and eight of past nine as it heads out on six-game roadie cascading to franchise's worst season since 2007-08. “The Gang That Couldn't Shoot Straight”: A 1969 Jimmy Breslin novel turned into a movie, now finding its sequel in current Heat.

6. PANTHERS: Ice slowly melting on season of high hopes: A year ago Florida had best regular season in club history and Cats entered this season boldly thinking Stanley Cup. Then came the slow start, the coach firing, and the 5-11 record since that panicked move. Oops.

7. NFL: Final two playoff spots determined: Playoff schedule now set: In AFC it'll be Raiders-Texans Saturday at 4:30 and Dolphins-Steelers Sunday at 1, with Patriots and Chiefs enjoying first-round byes. In NFC it's Lions-Seahawks Saturday at 8:15 and Giants-Packers Sunday at 4:40, with byes to Falcons and Cowboys.

8. UM BASKETBALL: ACC play underway for Canes: No. 11 UM women lost their ACC opener to No. 7 Florida State, while the unranked-but-close UM men began conference play Saturday with a victory over North Carolina State. Conference play torques up interest, but, in this sport, it's still fast-forward-to-March, please.

9. UFC: Rousey beaten badly in comeback: Ronda Rousey returned to the octagon this week, got battered badly and didn't make it past the first round. Thought her star wouldn't extinguish so soon, but, seems "UFC career" and "longevity" is an oxymoron.

Poll result: Surprise! (Not). Cubs were 2016's top national sports story: We invited you to select 2016's biggest national sports story from among The Associated Press' top 10, giving you three votes, and your runaway winner with 35.5 percent was the Cubs winning their first World Series since 1908. Then it was LeBron James leading Cleveland to NBA title with 16.3% and the death of Muhammad Ali with 13.3%. Rounding out your top five: Broncos winning Super Bowl in Peyton Manning's last game (8.3%) and Phelps/Ledecky leading U.S. Olympic swimming (6.3%).

Coming tomorrow/Tuesday in the blog: Your vote for the No. 1 Greater Miami/South Florida sports story of 2016.