1) It is THURSDAY, JANUARY 12. Holed up at Friday Page Headquarters today divining my NFL divisional-round playoff picks. Anybody got any extra luck I can borrow? 2) Happy anniversary this week to my wonderful wife, the greatest person I have ever known. Love you! 3) Shameless Plug Alert! Our new Miami Dolphins book on the club's first half-century makes the perfect shoulda-bought-it-for-Christmas-but-it's-not-too-late gift for every Dolfan you know. Click on Fins At 50 to order through Amazon, Barnes & Noble or elsewhere. 4) In The Previous Blogpost (ITPB): Dolphins eliminated in Pittsburgh with season-ending DSM poll, Hot Button Top 10, The List & more. 5) Join us on Twitter @gregcote. Also Facebook, Instagram, Vine, Periscope and Snapchat.

Bitter Mickey/Back In My Day double-play from LeBatard Show: Click here for Tuesday's show podcast. The Bitter Mickey/BIMD back-to-back kicks in around the 38-minute mark.

Hurricanes 16th in (very) early 2017 college football Top 25: It's out from Mark Schlabach on ESPN.com. Click here to read. UM was ranked No. 20 in the final Associated Press poll for this season, the Canes' first year-end Top 25 ranking since 2009. Also, UM has 33-1 national-title odds via Bovada, tied for 11th best.

DSM final rating best since 2008: The Dolphins season ended with consecutive losses including Sunday's in the playoffs; still, the season-ending Dolfan Satisfaction Meter rating of 76.2 percent is the second-best in the nine-year history of our postgame polls, and best since '08. See the previous blogpost for complete week-by-week results and year-by-year totals.

Dolphins-Steelers game column, select other recent columns: When Playoffs Become the Norm Again, off Sunday's eliminating loss, on when you'll know the Dolphins are truly back. A Year Of Heartache, But Then A Smile, in review of South Florida's 2016 sports year. Also: An Orange Bowl Classic. Road Back Starts With Bowl Win. Missing Dwyane Wade. 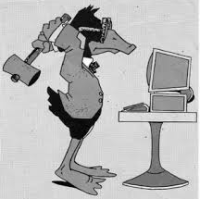 IS DOLPHINS LOSING DC JOSEPH A BIG DEAL? (NAH): Defensive coordinator Vance Joseph leaves the Dolphins after one season to become Denver Broncos head coach. I guess the Broncos were not watching Sunday as Joseph's Miami defense gave up scoring drives of 85, 90 and 83 yards to Pittsburgh on the playoff game's first three series. During the season his unit ranked 29th in total defense, 15th in pass defense, 30th in run defense and 18th in points allowed, despite being one of only seven teams with two Pro Bowl defensive starters.

IS RYAN BRAUN THE RIGHT CHOICE TO SPEAK AT CANES BASEBALL BANQUET?: I think I'm sort of against this but don't feel too strongly. I guess that makes me conflicted. I wonder if you

are. (Hence, the poll that follows, because I'm curious). Former Miami Hurricanes baseball great Ryan Braun (pictured), now prominently of the Milwaukee Brewers, will be the featured speaker Feb. 10 at the team's annual preseason First Pitch banquet. The negative? Braun, of course, was implicated in the Biogenesis scandal over performance enhancing drugs (PEDs). Many will recall he was suspended 65 games in 2013 for violating MLB's drug policy. Not saying that should be a life sentence on his reputation, but is he the best choice just a few years later to be the star attraction at your preseason banquet? UM's baseball stadium of course is partly named in honor of another steroids guy, Alex Rodriguez, but that's contractual, and tied to a major donation. Jim Morris' program was under no such obligation to invite Braun. It  makes me wonder if UM's athletic director signed off on this and if the university president is comfortable with it. Right now, though, it's your turn. Take a dip in our poll.

THE BAD NEWS, MIAMI? HEAT AT GOLDEN STATE. COVER YOUR EYES!: Update: Heat with a credible 107-95 loss last night at Golden State. The Good Whiteside (28 points, 20 rebounds) appeared. You know it's a bad season when you see the good in a 12-point loss. Original post: I guess it wasn't bad enough that the Dolphins took a crap Sunday after finally making the playoffs, so now the reeling Miami plays at mighty Golden State tonight, and what would have been a terrific matchup in, say, 2013, now is hard to envision being anything but season-low, lopsided-ugly. The good news: Doesn't start 'til 10:30, so much of South Florida won't bother to see it. Heat, 16-point underdogs, are having a train-wreck season at 11-28, evidently with the entire roster on the trading block, while 24-karat Golden State is 32-6 after adding Kevin Durant to Stephon Curry. Let's see Reid and Fiorentino try to put a positive spin on this one!

THE GOOD NEWS? BUT AT LEAST NICK SABAN LOST!: College football showed the NFL how it's done Monday night. We sat through four NFL first-round playoff games decided by a combined 121-45 score, none of them close or particularly interesting to watch. Then, last night, the CFP finale in Tampa gave us Clemson 35, Alabama 31, a compelling comeback victory that dethroned Nick Saban -- which alone made it gratifying for Saban-hating South Florida slow to forgive Nick for lying and baling on the Dolphins. So, as tonight's Heat game gets sad, So Fla, bright up by picturing Saban's abject disappointment as his kingdom quaked a bit.