LeBron, Serena, Brady, Tiger: Appreciate them while you can: Each of those all-time greats is on stage this week, the perfect time to appreciate them all. Click on Greatness Times Four for my newest column.

Miami in the Super Bowl, Death of a Wordsmith, other select recent columns: Miami In the Super Bowl, on the Miami-tie guys playing in this one. Home Run For Montoya, Miami, from the Race of Champions held here. Thank You, Edwin Pope, on the death of a friend, mentor and Miami Herald icon. Also: Is Tannehill Close Enough to Great? When Playoffs Become the Norm Again. A Year Of Heartache, But Then A Smile. An Orange Bowl Classic. Road Back Starts With Bowl Win. Missing Dwyane Wade. 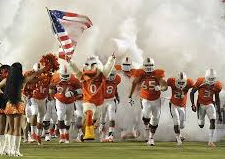 BREAKING DOWN CANES' 2017 FOOTBALL SCHEDULE GAME-BY-GAME: The challenge here is that, with quarterback Brad Kaaya gone a year early for the NFL Draft, we can't yet know the impact that will have on a UM team that finished 9-4 and ranked No. 20 last season after crushing West Virginia 31-14 in the Russell Athletic Bowl. Who'll be the new QB and how good will he be? But this we do know: Our faith in Mark Richt, our faith in Manny Diaz and that young defense, and an incoming recruiting class that could end up ranked in top-10 nationally all lead us to believe Miami will be as good as last season and more likely better. UM might very well be an underdog in only one game -- Sept. 16 at Florida State -- although an Oct. 28 trip to North Carolina and a Nov. 4 visit by Virginia Tech will be major challenges. Taking care of business in all the other games and winning at least one of those three is the path to the elusive 10-win season. Handle the rest of the schedule and win two of those three and you're talking major bowl and maybe a shot at College Football Playoff contention. That's optimistic with the QB flux and all, but optimism is merited right now. Breaking down the schedule game by game:

Sept. 2 vs. Bethune-Cookman -- An all-but-certain win for the Canes and a soft opening for whomever is the new quarterback. UM is 3-0 all-time vs. Larry Little's old school from the Mid-Eastern Athletic Conference. B-C was 4-6 last year, and Miami won 45-0 when schools last met to open the 2015 season. Estimated Win Likelihood (EWL): 95%.

Sept. 16 at Florida State -- Miami will be a clear underdog, on the road, against a nemesis that has beaten the Canes seven straight times including 20-19 last year. FSU now leads all-time series 30-29. Noles finished 10-3 and ranked No. 8 in '16 after a thrilling 33-32 win over Michigan in the Orange Bowl game. This will be first time these ACC state rivals have met in the season's opening month since 2009. EWL: 35%.

Sept. 23 vs. Toledo -- A very likely win, although Toledo was a bowl team last year after going 9-4 including 6-2 in the Mid-American Conference. Miami beat the Rockets in the school's only previous meeting way back in 1987. EWL: 80%.

Sept. 29 at Duke -- A return to the scene of that eight-lateral, kickoff-return Miami miracle in 2015. Friday game could be a challenging roadie, but one that should find UM expected to win. Blue Devils were 4-8 last season and 1-7 in ACC. Miami is 12-2 all-time in this ACC series, with three straight wins including 40-21 last season. EWL: 65%.

Oct. 12 vs. Georgia Tech -- Following the bye week, Canes will be expected to win this challenging Thursday ACC home date, although Yellow Jackets were 9-4 and a bowl winner last season. Teams are 11-11 all-time, though UM has won seven of past eight meetings including a 35-21 victory last season. EWL: 60%.

Oct. 21 vs. Syracuse -- UM should be a heavy home favorite over Orangemen. Canes lead all-time series 15-7 including five straight wins, although this will be these teams' first meeting since 2003 back in the BIg East days. 'Cuse finished 4-8 last year and 2-6 in ACC. EWL: 75%.

Nov. 24 at Pitt -- A Friday roadie closes the regular season and likely will see Miami favored. Pitt was a credible 8-5 with a bowl loss last season, Canes always seem to have Pitt's number. UM leads all-time series 25-10-1 including a 51-28 rout last year, and also has won the past six straight trips to Pittsburgh. EWL: 55%. 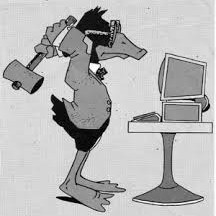 LATEST 'BACK IN MY DAY': THE WORN LOOK: Enjoy!