1) It is MONDAY, JANUARY 23. There is a new Miami Herald Facebook page, debuting today. Click HERE to visit. 2) Shameless Plug Alert! Our new Miami Dolphins book on the club's first half-century -- and it includes a lot of vintage Edwin Pope -- makes the perfect shoulda-bought-it-for-Christmas-but-it-isn't-too-late gift for every Dolfan you know. Click on Fins At 50 to order through Amazon, Barnes & Noble or elsewhere. 3) In The Previous Blogpost (ITPB): Remembering Edwin Pope, NFL Championship Game picks, Heat/Whiteside battered in all-star voting & more. 4) Join us on Twitter @gregcote. Also Facebook, Instagram, Vine, Periscope and Snapchat.

It's a Falcons-Patriots Super Bowl!: Click on Championship Game Gems for yesterday's Packers-Falcons and Steelers-Patriots NFC and AFC title-game picks, and on A Dramatic Final Four for my preview column.

Montoya wins historic Miami Race Of Champions: Historic? The 28th annual ROC had never before been held in the U.S. before Saturday's race in Miami, on a racetrack built inside Marlins Park. And Miami driver Juan Pablo Montoya won. Crazy, one-of-a kind day. Click on Home Run For Montoya, Miami for my column from the race.

The Death of a Wordsmith, other select recent columns: Thank You, Edwin Pope, on the death of a friend, mentor and Miami Herald icon. Is Tannehill Close Enough to Great?, on NFL's final four from a Miami vantage. When Playoffs Become the Norm Again, on when you'll know the Dolphins are truly back. A Year Of Heartache, But Then A Smile, in review of South Florida's 2016 sports year. Also: An Orange Bowl Classic. Road Back Starts With Bowl Win. Missing Dwyane Wade. 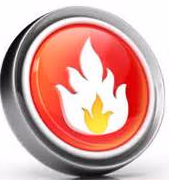 1. EDWIN POPE: Herald sports icon dies at 88: If you are from South Florida, are aware life existed before ESPN SportsCenter or have ever held a newspaper in your hands, then you probably said or thought last week, “I grew up reading Edwin Pope.” Thank you, kind sir, friend, colleague and mentor. R.I.P.

2. NFL: Championship Sunday gives us a Falcons-Pats Super Bowl: Atlanta walloped Green Bay and New England dispatched Pittsburgh on Sunday for the NFC and AFC titles to reach Super Bowl 51 Feb. 5 in Houston. The blowout games were decided by 23- and 19-point margins. The challenge? For the Super Bowl to be better. You know, an actual good game?

3. WOMEN'S MARCH: Women lead world's biggest protest march. Ever: Estimates are more than 4 million women worldwide including more than 500,000 in Washington, D.C. marched Saturday to protest Donald Trump and stand up for the freedoms and rights. Hmm. Impressive. But can't help but wonder: If that same passion and numbers had participated in the election, would there have been a need to march?

4. MOTORSPORTS: Montoya wins Race of Champions at Marlins Park: Most different, unique sporting event in Miami history? You could do worse than nominating NASCAR, IndyCar and Formula One stars racing against each other inside a baseball stadium this weekend in the ROC series' first U.S. appearance. Miami won twice as hometown driver Juan Pablo Montoya won Saturday's main event.

5. HEAT: Three straight wins in a lost season as trade deadline looms: Good news? Miami has its first three-game win streak of season. Bad news? Everything else. Record is still only 14-30 and streak is unlikely to reach four as Heat host Golden State tonight. Be honest. The most compelling things left in this lost season are the two dates for the trade deadline and draft lottery.

7. BASEBALL: Two ex-Marlins elected to Hall of Fame: Pudge Rodriguez, of course, had a starring role in helping Marlins win the 2003 World Series. But count yourself a real Fish fan if you also recall that, the year before, Tim Raines ended his 23-year career as a reserve here.

8. TENNIS: Both No. 1 seeds out as Australian Open enters final week: No. 1 seeds Andy Murray and Angelique Kerber both were ousted the same day, the first time in the modern era the Australian Open has lost both No. 1s before the quarterfinals. An even bigger shock: Why wasn't Serena Williams No. 1?

9. PANTHERS: Three straight losses, but Florida still in playoff hunt: As NHL all-star break looms, Cats have cooled off with three straight losses but lurk only two points off playoff in Eastern Conference. Still, when you were talking Stanley Cup and are scrambling for an eighth seed -- that's a disappointing season.

10. UM BASKETBALL: Tough stretch for Canes men, women: Miami's No. 14-ranked women have lost three of past six. The men have dropped four of past five  after Saturday's loss at Duke. Better snap out of it fast, Team Larranaga. No. 9 North Carolina visits in five days.

Missing the HB10 cut: San Antonio Spurs coach Gregg Popovich devoted seven minutes of a news conference Saturday to a pro-women's march, anti-Donald Trump soliloquy, pretty brave for a man who lives and works in Texas. It's enough to make me root for a Spurs championship just to see if he gets a White House invite, or goes ..... Former Marlins ace Josh Johnson retired at 32 from elbow issues, surprising analysts who thought he'd retired years ago ..... Prior to Bellator 170, Chael Sonnen talked trash. Tito Ortiz made his statement in the fight ..... A 25-year-old dunce from Boston was arrested for pulling a fire alarm in the Steelers hotel at 3 a.m. Put him in a room alone with James Harrison for 20 minutes ..... Saw the headline, 'Beagle scores in OT as Capitals beat Stars,' and thought, "Wow, what a great story!" But it turned out to be a guy named Jay Beagle ..... Sentences I Never Imagined Writing, one in a series: "Florida Panthers owner and Trump nominee for Secretary of the Army Vinnie Viola once was accused of punching a man in the face at a horse auction."