1) It is FRIDAY, DECEMBER 23. Shameless Plug Alert! Our new Miami Dolphins book on the club's first half-century is now available -- perfect for any Dolfan on your list and just in time for the holidays! Click on Fins At 50 to order through Amazon, Barnes & Noble or elsewhere. 2) In The Previous Blogpost (ITPB): My baseball Hall of fame ballot, Dolphins and Pro Bowl, college-players-skipping-bowl-games poll, NFL Pix 'n Fantasy Week 15 results & more. 3) Join us on Twitter @gregcote. Also Facebook, Instagram, Vine, Periscope and Snapchat.

Select recent columns: Haven't been as many lately, due to vacation time. The Gift Of Winning, the latest, on the Dolphins gifting their fans with a happy holiday for a change. Also: The Handoff Nobody Wanted. Just Make the Damned Playoffs For a Change. Missing Dwyane Wade. Football Town Strikes Back.

IT'S UPSET BIRD DAY / WEEK 16: OUR PICKS FOR DOLPHINS-BILLS, REST OF NFL: The full launch of our Week 16 comes after a stumbling start last night as we thought the Giants would win

and cover at Eagles and we were double-wrong. Disappointing pick, because I'd had a gut feeling for Philly and reasoned myself out of it. Still, we enter the week a very solid 30 games over .500 against the spread in our 26th season of Friday Page NFL predictions in the Miami Herald -- one of our best years ever. Click on Week 16 Gems as myself and the Upset BIrd ("Aawwwk!") bring you our latest predictions for Dolphins-Bills, our Game of the Week, Upset of the Week and every other contest. (Sorry, Dolfans, but Grinch Cote does not think the Dolphins will come out of Buffalo with their playoff spot secured). We also offer our accompanying NFL notes column that today leads with the playoff picture and a call for the NFL to start rewarding teams with the best records regardless of divisions. Click on Quit Rewarding Teams That Win Bad Divisions to read.

UPDATED: "THE LUDDITE'S ANTI-ANALYTICS HEAT MVP STANDINGS" (30 GAMES): Points. Rebounds. Assists. That's it. With tongue only partly in cheek, we go old-school, strip it down, combine the Original Big Three statistical categories, and introduce a running, cumulative race for 2016-17 Heat team MVP. We bring you updated standings at five-game intervals. With Miami now 10-20 after last night's comeback win over the L.A. Lakers on Shaq Night, here's The Luddite's sixth installment, with 25-game rank in parentheses: 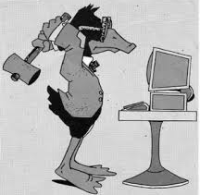 AS HEAT HONORS SHAQ, WHAT'S THE CONFIDENCE IN WHITESIDE AS CLUB'S NEXT GREAT BIG MAN?: The Heat raised Shaquille O'Neal's No. 32 jersey to the rafters last night during the home win vs. (not coincidentally) the Lakers -- Shaq joining only Alonzo Mourning and Tim Hardaway in that exclusive pantheon, although it awaits Dwyane Wade and Udonis Haslem, and also

LeBron James, if Pat Riley swallows his pride on that. The honor for Shaq is more debatable than clear-cut. The case for: Shaq arrived to give the franchise national heft and helped Miami win its first NBA title in 2006. The case against: Did Shaq really play long enough here -- 3 1/2 seasons -- to merit a retired number? Consider the slice of his career pie Miami had of Shaq: 16.98% of his games played, 14.02% of his points scored, and 14.17% of his rebounds. So his NBA career was about 1/6th or 1/7th Miami. You weighed in last month in a poll here asking what you thought of Miami retiring his number, and it was 60.6 percent no vs. 39.4% yes. Close, but sorry, Big Fella. The timing of last night's ceremony is what interested me. Shaq used to complain about not getting the ball enough as Wade's star ascended. Shaq left here on bad terms, this ceremony coming as an olive branch. Now, in Hassan Whiteside, the Heat has another center who must be coddled to a degree. Just this week, Whiteside complained, Shaq-like, about needing more touches of the ball. "I understand his frustration," Riley said Wednesday. "There's a lot of pressure on him. He feels the pressure and welcome to the big leagues. Welcome to the big time." Miami is giving Whiteside max money and he is delivering, leading the NBA by averaging 14.8 rebounds, among leaders at 2.41 blocks, and second on the team in scoring at 18.1 points. But Miami is 10-20. This isn't working. Riley said this week he will be "rebuild quick" and many wonder if Whiteside will be a cornerstone of that rebuilding, or traded as a part of it. Is he untouchable? Should he be? Take a dip in our poll and weigh in on what you think the future holds for Hassan Whiteside.

Poll result: Debatable, but more disagree with players skipping bowl games: We asked what best expresses how you feel about star college football players skipping their teams' bowl games, and it was 47.4 percent oppose/selfish, 33.9% support/smart, and 18.7% undecided/mixed feelings.