1) It is MONDAY, AUGUST 22. A happy birthday today to my wife, the greatest person I know or have ever known! 2) Also, happy 77th birthday today to one of my boyhood heroes, Carl Yastrzemski (pictured). Congratulations, Yaz,and here's to many more! 3) In The Previous Blogpost (ITPB): Dolphins clobbered in Dallas, Greg's Lobos 2016 roster with poll, your verdict on Hard Rock Stadium name & more. 4) Join us on Twitter @gregcote. Also Facebook, Instagram, Vine, Periscope and Snapchat.

Column six-pack: Six select recent columns, ICYMI: Name Of Stadium Doesn't Matter, the latest, on the Hard Rock rechristening of It's Still Joe Robbie Stadium to Me. A-Rod to Fish Made Sense, on what might've been. Time for Baseball and Cooperstown to Reconcile With Banished Stars, on the Purgatory Four. The Weight Has Just Begun, inside the office and expectations of new Hurricanes coach Mark Richt.A Chance for Football to Retake Miami, on Wade's departure from Heat creating opening for Dolphins and Canes. Ichiro!, on wonder of ageless Marlin as he chased 3,000 hits. 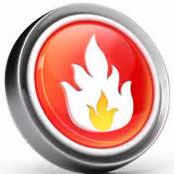 1. OLYMPICS: Sublime to ridiculous, Rio Games are over: The sublime? The Summer Olympics wrapped up last night in Rio de Janeiro with the U.S. easily winning the most overall and gold medals, led by swimmers Michael Phelps and Katie Ledecky, by Simone Biles-led women's gymnastics and with men's basketball taking the crown on Sunday. The ridiculous? Plenty of competition, but vandalizing, lying Ryan Lochte takes the Fool's Gold.

2. FACILITIES: Hard Rock Stadium new name for home of Dolphins, Canes: The music-themed conglomerate of casinos, hotels and restaurants is paying Dolphins owner Stephen Ross $14 million a year to have its Hard Rock name on his stadium. Given how the Dolphins and Miami Hurricanes have fallen off the national stage the past 10-plus years, I wonder if "Rock And & Hard Place Stadium" or "Hard Luck Stadium" would be names more apt.

3. DOLPHINS: Fins' defense blows in Dallas, third exhibition is Thursday: Miami is 1-1 in the preseason after Friday' 41-14 loss in Dallas. Ryan Tannehill looked good, but the defense looked like it was nowhere close to ready for September. Dolphins face Atlanta in fake-game three this Thursday in Orlando. That Sept. 11 opener in Seattle is coming fast. Uh oh.

4. MARLINS: Fish stop the bleeding as return home nears: Marlins stopped their slump with a three-game sweep in Pittsburgh completed Sunday, but still are 1 1/2 games back in wild-card standings beginning a six-game homestand on Tuesday. The one upside to the recent slump? Opportunity to start blaming Jeffrey Loria for something again.

5. HURRICANES: UM turns sights on FAMU and season: Fall training camp wrapped up Saturday for the Canes, who will have a scrimmage game Wednesday geared specifically for Sept. 3 season-opening opponent Florida A&M. Miami led the "others receiving votes" category in AP's preseason Top 25, meaning Canes are as close to ranked as you can get without being ranked.

8. UFC: McGregor edges Diaz in thriller: UFC 202 saw Conor McGregor decision Nate Diaz in a fight that had pay-per-view buyers getting their money's worth. After taking some hits recently, including the anticlimactic letdown of ballyhooed UFC 200, UFC needed this.

9. SOCCER: Strikers debut with win in new home: The NASL's Fort Laudderdale Strikers debuted in their new home of Central Broward Stadium last night with a 3-1 win over Ottawa led by a spectacular bicycle-kick goal from Italian forward Amauri. Sorry, though, but I miss Lockhart already.

GRANDMA RAPS, AND IT ISN'T AWFUL: When we call ourselves a sports blog that likes to surprise you with other stuff, we ain't lyin'. Here, a 74-year-old woman raps about Jesus, and it isn't nearly as terrible as it could be. Kicks in strong around the 30-second mark. Listen: