1) It is TUESDAY, AUGUST 16. Are you a big Jack White fan as I am? Excited to hear he'll be releasing a career-spanning acoustic double album in September. Details here. Pictured right: Jack and I backstage at a concert several years ago. I know him (very casually) through occasional meetings related to our mutual friendship with Brendan Benson, Jack's buddy and Raconteurs bandmate. Not sure which is more astounding about this photo: Jack's creepy, pasty-white makeup, or my luxuriant head of hair. 2) In The Previous Blogpost (ITPB): John Oliver on the American newspaper, Ricky Williams stir-fries cannabis in butter, complete 2016-17 Heat schedule, betting odds for Dolphins/NFL, your verdict on Summer Olympics & more. 3) Join us on Twitter @gregcote. Also Facebook, Instagram, Vine, Periscope and Snapchat.

It's Radio Tuesday!: I'm back in-studio today with the Dan LeBatard Show With Stugotz (minus the 'Gotz), 8:55 a.m. to 1 p.m. locally on 790 The Ticket, 10-1 nationally on ESPN Radio and simulcasting on ESPNU.

A-Rod and Hall of Fame: Time for MLB to reconcile with its stars in purgatory: This is my latest Sunday column topic, and reaction to it -- good and bad, for an against -- is filling up my email inbox. I write that it is time for MLB to reconcile with what I call its Purgatory Mount Rushmore: Barry Bonds, Roger Clemens, Pete Rose and Alex Rodriguez. Click on Time for Baseball and Cooperstown to Reconcile With Banished Stars to read in full.

Column six-pack: Six other select recent columns, ICYMI: A-Rod to Fish Made Sense, today's latest, on what might have been. Result Won't Matter, But How Tannehill Looks In New Offense Will, as Dolphins opened preseason. The Weight Has Just Begun, inside the office and expectations of new Hurricanes coach Mark Richt. A Chance for Football to Retake Miami, on Wade's departure from Heat creating opening for Fins and Canes. Ichiro!, on wonder of ageless Marlin as he chased 3,000 hits. Mission Accomplished, Legacy Secure, farewell-Wade column.

HOT BUTTON TOP 10 (UPDATED): WHAT SOUTH FLORIDA SPORTS FANS ARE TALKING ABOUT: Our blog-exclusive every-Sunday feature (updated) is part week-in-review, part look-ahead. Hot Button means what's on our minds, locally and nationally, from a Miami perspective, as the sports week just past pivots to the week ahead. This week's HB10:

1. MARLINS: Stanton out for season; playoff hopes imperiled: Fish are in intense fight for second NL wild-card spot as team set out Monday on seven-game road trip with a second straight win. But big news is that slugger Giancarlo Stanton's groin injury will shelve him the remainder of the regular season -- a huge blow to postseason hopes. This marks fourth time in past six years Stanton has missed a big chunk of season injured. Then again, Miami is now 12-3 without Stanton this season, so hope breathes. 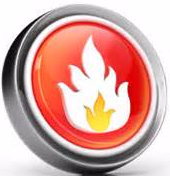 2. DOLPHINS: Miami wins at Giants in preseason opener: The franchise's 51st season launched with a fake-game win Friday, 27-10, in East Rutherford, and fake-game two is this Friday in Dallas. Be happy, Dolfans, sure. But moderation, too, please. I’d remind you the 2007 Cam-powered Dolphins who went 1-15 won their preseason opener, too.

2. OLYMPICS: Swimming, gymnastics lead way for U.S.: Usain Bolt glided to the 100-meters gold, but the story of the Summer Olympics at its midpoint in Rio has been Team USA kicking ass looking good in the medal count, led by gymnast Simone Biles and that really tall swimmer who won his record 23rd career gold medal. Mike Phillips? No, wait. Oh yeah: Michael Phelps!

4. ALEX RODRIGUEZ: Miami’s A-Rod plays last game for Yanks, won't join Marlins: Rodriguez’s last game in pinstripes came Friday. So he is now retired ... unless of course the Marlins signed him because they decided that what their playoff run is lacking was a little circus-y distraction. But that won't happen, by mutual agreement. Too bad. Click on on A-Rod to Fish Made Sense for today's latest column on what might have been.

8. LEBRON JAMES: King signs three-year, $100 million extension: Cleveland is smiling, and that supposed possible eventual return to Miami has gotten less likely. James eschewed free agency next summer to sign an extension whose $31 million salary next season will make him NBA's highest-paid player for first time in his career.

10. TEAM USA BASKETBALL: No given for an American gold?: U.S. men have had two close calls in Rio, leading some analysts to speculate that the Kevin Durant-led, NBA star-driven Americans might not win gold, after all. "Yeah, right!" laughed all of America in unison.

Missing the HB10 cut: Gloves worn by Muhammad Ali in his 'Fight of the Century' vs. Joe Frazier in 1971 sold at auction for $606,375. If I'm paying that much for two used gloves, each one better be holding a blank check for about $300,000 ..... Heat owner Micky Arison wrote an open letter thanking fans, acknowledging the club's rough summer and pledging renewed dedication to winning. How about an open letter assuring Chris Bosh will be back? How 'bout that!? ..... The NASL Fort Lauderdale Strikers are six days from their debut at new home at Lauderhill's Central Broward Stadium. The Lauderhill Strikers?

PS1: DOLPHINS 27, @ N.Y. GIANTS 10: CURTAIN LIFTS ON DRESS REHEARSAL WITH TANNEHILL (BARELY) IN SPOTLIGHT: OK, say this. Winning your fake-game debut on the road 27-10 after trailing 10-0 is pretty impressive/encouraging. Miami has not opened a season with a more impressive exhibition-opening win, based on point differential, since 1984. So there's that. But what jumps out about this meaningless result is new coach Adam Gase's weird quarterback rotation. Starter Ryan Tannehill played only the first series (2-for-4 for 8 yards) and did not return. That's brief, especially when Gase was on record saying the first-team offense may need a bit more work. Crazy-early for either a second guess on that or for a "great start!" enthusiasm, but let's say the lack of Tannehill is the  most notable takeaway from fake-game No. 1. By the way, Gase and staff wore gray T-shirts. Must be saving the sideline look for the real season. More dissecting of tonight's weather-delayed fake-game No. 1 is not needed because, well, because it was fake-game No. 1 ..... Original post: Preemptive strike: Yeah, yeah. I know. Preseason games don't matter, especially the first one. So whether the Dolphins beat the Giants in PS1 tonight in East Rutherford or don't, who carese? OK. But! The next month very much does matter for

Miami even if it doesn't count. And how the team looks Friday night very much does matter, too, even if the result does not. For the rut-stuck Dolphins, more than for most teams, August is going to set a tone. It is going to indicate whether naysaying oddsmakers are right and Miami is still around a Fortune .500 team unlikely for the playoffs -- or whether Dolfans can muster the bravery to believe things are (finally) different. League powers have nothing to prove in August, and awful teams can't change perceptions in one preseason. It is teams in that fragile in-between, like Miami, that have the chance to reshape themselves in August, changing the confidence level that comes out of the lockerroom and that is reflected in the way fans feel. This is especially true of franchises whose head-coaching change has broadcast a new direction. And doubly so if that coach, Adam Gase, got hired because his skill set was particularly suited to extract the dormant potential from fifth-year quarterback Ryan Tannehill. No matter who wins or loses tonight or the final score, how Tannehill and Gase's new offense look and perform will be the most obvious takeaway from this preseason opener. Click on Result Won't Matter, But How Tannehill Looks In New Offense Will for my latest, full column previewing the Dolphins' season launch.

OLYMPIC MOMENTS THAT BRING GREG COTE TO TEARS, AND WHY: I sat and watched hours of the Rio Oympics last night for the first time in these Summer Games, enjoying the continuation of

America's big run in swimming and women's gymnastics. I'm a patriot, if not an outright jingoist, and I get emotional cheering for Team USA. I teared up (I'll admit) watching Simone Biles win women's all-around gymnastics gold, watching Aly Raisman's triumphant silver in the same event, watching Simone Manuel (pictured) become the first African-American woman to win individual gold in swimming (100 freestyle) and of course watching G.O.A.T. Michael Phelps win his 22nd gold. And hearing the national anthem at those medal ceremonies! Good stuff. Also enjoy seeing the parents in the stands. As a father who coached and cheered two sons in youth sports, I can almost imagine how it must feel to see your child at their sport's pinnacle, on this stage, and cast the memory back to when they were 6 and just getting started. Such emotion the Olympics can draw forth -- all of it compounded by the fact these athletes work their entire lives and have trained the past four years for these moments, for a minute or even seconds that will determine whether their dream comes true or is shattered. Thank you, Olympians.

HEAT SCHEDULE POINTLESSLY DISSECTED: ESPN, with too much time on its hands, uses a complicated formula (excruciating details here) to rank which NBA teams have the hardest to easiest

schedules, and what that projects to mean. It estimated Brooklyn's most-difficult schedule will translate to 5.32 extra losses, and at the other end Boston's easiest schedule will equate to 3.34 extra losses. The Miami Heat schedule is ranked 12th-most difficult of 30 teams, yet translates to 0.47 extra wins. Awriiight! ESPN's synopsis on the Heat: "Considering the Heat are stuck way down in South Florida, their travel looks pretty favorable. However, Miami has a league-high 33 games against teams that will be more rested." My synopsis on this ESPN ranking: "Sounds like filling space in the dead of the offseason."

SIX DAYS IN NOVEMBER: Circle Nov. 5-10, a Saturday through Thursday, on your calendar. It's almost three months away, but worth anticipating, because here's what we get within that six-days span: Nov. 5 is Pitt at Hurricanes, the appetizer. Nov. 6 is Jets at Dolphins. Nov. 8? Oh, yeah. Presidential election day. Then Nov. 10: Dwyane Wade's return to Miami in a Chicago Bulls uniform. It could be one of the most memorable, enjoyable one-week spans we've seen. But only if my candidate wins, of course.