« Will you be rooting for or against LeBron James in Sunday's Game 7? Poll. Vote now!; plus Canes start badly in Omaha, U.S. on collision course with Messi, R.I.P. Prince Be, who's winning/losing Florida sports' Twitter war, your verdict on HR Derby & more | Main | USA falls 4-0 to Messi, Argentina in Copa; plus, in other nudes, Dwyane Wade is naked in a magazine; also, what's-next-for-LeBron (odds and poll; vote now), Canes ousted at CWS, USGA dodges bullet, 2017 NBA title odds & more »

1) It is MONDAY, JUNE 20. Hope it was a Happy Father's Day to all of my fellow padres and papis! I'm blessed that my wife gave us two wonderful boys who are now terrific young men. Also thinking of my own Dad, who is dearly remembered and loved. 2) In The Previous Blogpost (ITPB): I root for LeBron in Game 7 with poll, Canes baseball debuts in Omaha, U.S. soccer braces for Messi, Florida teams on Twitter, R.I.P. Prince Be your Home Run Derby verdict & more. 3) Join us on Twitter @gregcote. Also Facebook, Instagram, Vine, Periscope and Snapchat.

Six-pack: Selected recent columns, ICYMI or thought them so wonderful they deserved another look: Rooting For LeBron to Make History, the latest, on our treasonous hopes for Sunday's Game 7. Ichiro's Milestone is Huge Whether Rose Agrees Or Not, on Marlins' Ichiro's hits milestone. The Weight of Tradition, off Canes' Omaha-clinching baseball win. Ali Legacy Should Include Other Athletes' Thanks, on how Ali set template for individuality in sports. A Baseball Odyssey Finds Its Mountaintop, on local kid Richard Bleier's long climb to Yankees. Nobody Wins When a 55-Year Marriage Ends In Divorce, on PGA Tour leaving Doral. 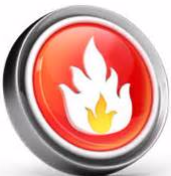 1. NBA: LeBron, Cavs make history in Game 7 triumph: Cleveland became the first team ever to be champions after trailing 3-1 in an NBA Finals as they won 93-89 at Golden State Sunday night, denying a Warriors team seeking to cap its record-setting regular season with a second straight title. LeBron James, who thoroughly outplayed Stephen Curry, was named Finals MVP. No matter the result, basketball fans were getting a Game 7 for the ages and, as it turned out, an historic finish. (Click on Rooting For LeBron to Make History, for my latest column, distinctly a minority opinion in Miami).
2. MARLINS: Fish on playoff pace, Ichiro surpasses Rose in hits, sort of: Fish have won five of past six and surged into playoff pace while Ichiro is within 20 hits of 3,000 in MLB entering Monday play with Miami in midst of 10-game homestand that will include four-game visit by mighty Cubs. Ichiro last week surpassed Pete Rose's career total if you include his Japan hits, which nobody does. Especially grumpy Pete.
3. SOCCER: U.S. reaches semifinals in Copa America: While Euro '16 moves to its knockout stage in France, Copa America Centenario being played in the U.S. is down to its semifinals. The host Americans made it and face a Tuesday semifinal vs. Argentina after La Albiceleste won Saturday night as expected. That will mean a suspensions-depleted U.S. team will have to defend Argentina's brilliant goal machine Lionel Messi. Oy!
4. HURRICANES: UM faces early must-win in College World Series: Coach Jim Morris' Canes are already feeling their backs to a wall after losing 5-1 to Arizona Saturday night in their opener of the double-elimination College World Series. Miami plays UC-Santa Barbara Monday afternoon in a fight for survival. Only the top-ranked Florida Gators arrived in Omaha with better odds to win the title than UM's 5-1.
5. GOLF: Johnson wins rain-ravaged U.S. Open: American Dustin Johnson won the weather-ravaged U.S. Open at Oakmont by three strokes -- luckily for the USGA, which penalized him one stroke for a dubious rules infraction and would have come under fire had that cost him the win. Rain wrecked the first round and the schedule so that Phil Mickelson and others had to play 36 holes on Friday. U.S Open is only major Phil hasn't won, unfortunately still the case as he missed the cut.

6. O.J. SIMPSON: 'Made in America' doc revisits infamous trial: ESPN has been airing its five-part, 7 1/2-hour 30 for 30 documentary and it has met with mostly rave reviews, though some see it as a laborious rehash of what anybody under 35 knows well and probably followed intently as it was happening in 1995. The trial itself, from jury selection to verdict, lasted almost 11 months. This documentary seemed longer.

7. DOLPHINS: Offseason done, now Fins on hiatus 'til camp: Miami completed its offseason work with this week's three-day mandatory minicamp, which Reshad Jones finally showed up at after skipping the first day in a contract dispute, and now Fins are off until start of full training camp in late July. Meantime NFL.com is counting down the NFL's Top 100 players and it includes Fins Jarvis Landry 98th, Jones 64th and Ndamukong Suh 40th, with the top 30 yet to be revealed.

8. NHL: Three Panthers among awards-show finalists: Annual NHL Awards Show is this Wednesday, and Panthers finalists are Gerard Gallant (Adams award/coach of year), Jaromir Jagr (Masterton/perseverance) and Aleksander Barkov (Lady Byng/sportsmanship). NHL needs to name an award for the late Gordie Howe, and I'll bet will by next year.

9. STRIKERS: Fort Lauderdale still alive in U.S. Open Cup: Soccer's all-comers tournament is down to its final 16 teams, 14 of them from MLS. The Fort Lauderdale Strikers and New York Cosmos of the second-tier NASL are the others. FTL's round-of-16 match is June 29 at MLS' Orlando City.

10. FATHER'S DAY: Happy our day, fellow Dads: Sunday was Father's Day, and of course there are fathers on every team all across sports, although some of that is pending the outcome of paternity suits.

Missing the cut: FIU fires longtime baseball coach Turtle Thomas. Could be a good decision. Although it's just so tough imagining AD Pete Garcia making one of those ..... The NBA Draft is this Thursday, but the since the Miami Heat have no picks, it's dead to us ..... Daniel Suarez became first Mexican to win a NASCAR national-level race. Donald Trump announced plans to build a wall around his career ..... Dish drops NFL Network and NFL RedZone over a fee dispute. Not a problem. It isn't as if any of their subscribers watch football or anything (!) ..... "We won the offseason," said Rex Ryan, coach of a team that last made the playoffs in 1999 ..... It's 12 days 'til start of NBA free agency. In a weird coincidence, it's also 12 days 'til Hassan Whiteside buys something silly-expensive ..... That reminds me. Udonis Haslem said he'll be working out with Chris Bosh this summer. More pertinent: Will Bosh be back in uniform next season? ..... Fired Canes football coach Al Golden, now on the Lions staff, addressed his departure from UM but said so little it isn't worth repeating ..... Ravens waived tackle Eugene Monroe. They said it had nothing to do with his public advocacy of medical marijuana. "Yeah, right," said the entire country in unison ..... 'Too Much Information' redefined: When Ken Griffey Jr. and Ichiro were teammates in Seattle, as a pregame routine, Griffey would tickle Ichiro until he began sweating ..... Dear pitchers who want in on the Home Run Derby: the Derby is bad enough with real hitters in it. Stay in your lane ..... Answer: There reportedly will be a family fight over Muhammad Ali's $50 million estate. Question: Wait, isn't death supposed to bring people together? ..... Russia's entire track and field team has been banned from the Rio Olympics for doping. Too bad. If only they awarded a gold medal for cheating ..... Good for ESPN inviting leukemia-fighting Craig Sager to work the NBA Finals' Game 6 sideline ..... Jeremy Foley retiring after 25 years as Florida Gators athletic director -- and a good one ..... Countdown 8 days 'til Wimbledon ..... NHL is awarding an expansion team to Las Vegas. Like most who are new to Vegas, it figures to lose big right away ..... Two groups have bid around $4.1 billion to buy UFC. Still trying to find out who bid against me ..... The 24 Hours of Le Mans was Saturday. Let me find out who won so I can pretend to have heard of him ..... Dear Baylor athletic donors who want Art Briles rehired. Use some of that money to go buy a conscience ..... Answer: Cowboys RB Darren McFadden fractured an elbow trying to keep his iPhone from hitting the ground. Question: "What do you mean athletes sometimes injure themselves in stupid ways?" ..... Starting a new expression: "Man, you uglier than Steph Curry's Under Armor sneakers!"

Poll result: Most rooting against LeBron Sunday, but plenty of support, too: We asked if you'll be rooting for or against LeBron James in Sunday night's NBA Finals Game 7, and it was 60.2 percent "against" and 39.8% "for."