Who's closest? Will Dolphins, Heat, Hurricanes football, Marlins or Panthers be champions next? Poll too close to call. Last day to vote!: plus latest Hot Button Top 10 (updated), your verdict on naked athletes & more

It's Radio Monday: I co-hosted on the LeBatard Show today this week instead of Tuesday. Thanks for listening/watching!

Six-pack: Six select recent columns, ICYMI or thought them so great they deserved another look: Whale-Watching Riley Better Keep the Whale He Has, the new one, on Heat's imperative to keep Whiteside as it dreams of Duran. Cavs, Cubs Offer Hope For Dolfans, musing on how Cleveland's championship and season Cubs are having proves even long-starving fans get fed eventually. Ichiro's Milestone is Huge Whether Rose Agrees Or Not, on Ichiro's hits achievement. Ali Legacy Should Include Other Athletes' Thanks, on Ali setting template for sports. A Baseball Odyssey Finds Its Mountaintop, on local kid Richard Bleier's long climb to Yankees. Nobody Wins When a 55-Year Marriage Ends In Divorce, on PGA Tour leaving Doral.

THE MIAMI BIG 5 TEAM MOST LIKELY TO NEXT BE CHAMPION IS...: This poll topic last appeared in our blog in July 2014. Two years later, it's time to take another pulse-read. During the Heat's

Big 3 era the answer was pretty obvious. Now? It's open to honest debate. The Heat remain competitive, but now the Marlins are legitimately in the playoff hunt, the Dolphins and Canes football are hopeful with well-received coaching changes, and you could argue the Panthers' core of rising young talent makes the Cats closest to a title of all our teams. The playing field for this question has leveled. (For the purposes of the vote, let's not assume the Heat will somehow land Kevin Durant in free agency, a longshot). The timing for this poll also is right, with baseball going on, basketball and hockey just ended, and football about to gear up. I'm not sure if there is an easy or obvious answer here, or a bad one. That is what makes picking one team tough, but that is your challenge. Your other challenge: To not make it a favorite-team or favorite-sport vote. It isn't. Not asking who you most hope has a parade next, but who you honestly think is most likely to. In other words, who your money would be on in a straight-up wager. Vote and check back often to monitor evolving results.

HOT BUTTON TOP 10 (JUNE 26): WHAT SOUTH FLORIDA SPORTS FANS ARE TALKING ABOUT: Our blog-exclusive every-Sunday feature is part week-in-review, part look-ahead. Hot Button means what's on our minds, locally and nationally, from a Miami perspective, as the sports week just past pivots to the week ahead. This week's HB10: 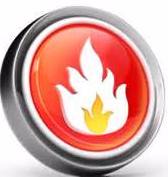 1. HEAT: Durant, Whiteside in spotlight with free agency on deck for Miami: Well, Dwyane Wade posed nude in ESPN mag's Body issue. Anything else going on with the Heat? Oh, yeah. Almost forgot. Free agency starts in five days, and Heat's priorities are getting a meeting with Kevin Durant and and re-signing Hassan Whiteside. Click on Whale-Watching Riley Better Keep the Whale He Has for my column, on how club should make Whiteside the imperative as it chases the longshot dream of Durant.

2. MARLINS: Exciting times for Fish as Cubs visit wraps up: Marlins won three of four from the Cubs, are in playoff hunt, Marcell Ozuna and Christian Yelich should join Jose Fernandez as all-stars, Giancarlo Stanton is heating up and Ichiro nears 3,000 hits. Pretty damned good time to be a Fish fan, folks.

5. NBA: Free agency extends busy time for league: Cleveland has a championship parade, Derrick Rose and Serge Ibaka get traded, the draft is held, and now free agency is on deck with Kevin Durant the big prize. Otherwise, a slow week for the NBA.

6. HURRICANES: UM football investigating four for NCAA infractions: Miami suspended linebacker Juwon Young and is investigating three others for possible NCAA rules violations in a deal struck with a local auto dealer to use luxury cars. On the bright side, Nevin Shapiro has the ultimate alibi (jail) and was in no way involved.

7. COLLEGE BASEBALL: Out in Omaha: UM fizzles at CWS: No. 3 seed Miami and No. 1 Florida both ingloriously were ousted fast from the College World Series. Good seasons, bad endings. The best of three final is pedigreed Arizona vs. upstart Coastal Carolina. Oh, Canes. What a missed chance!

8. TENNIS: Wimbledon begins on Monday: Wimbledon runs Monday though July 10. The favorites are Novak Djokovic and Serena Williams. Or, did that go without saying?

9. JOHNNY MANZIEL: Lawyer's goof latest problem for troubled QB: Manziel's lawyer accidentally texted private information about his drug use and case strategy to the Associated Press. Who's worse, Johnny or his lawyer? At least the attorney didn't text the world's largest news-gathering agency or anything (!).

Missing the cut: USA basketball completed its LeBron-less Olympics roster for Rio, pending the future withdrawal of several players with Zika concerns or fake injuries ..... Congrats again to Mr. Paula Gretzky for winning last week's U.S. Open in golf ..... Anybody know when ESPN's O.J.Simpson documentary starts? Haven't heard anything about it ..... The Dolphins will be out of the news for a month or so, pending the arrest of a player at 3 a.m. outside a nightclub ..... Dear United Kingdom: You all seemed like pretty smart people, until that BREXIT vote. What were you thinking!? ..... Coral Springs' LPGA star, Lexi Thompson, 21, is No. 4 in the world and just made the Olympic team. When I was 21 my biggest accomplishment was buying the new Led Zeppelin album ..... Cycling's Tour de France begins next Saturday. Gentlemen, start your doping! ..... Ex-Miami Hurricane Sam Dorman made the Olympic team in synchronized diving, surprising analysts who had no idea there was such a sport.

Poll result: Enough, you narcissistic naked athletes!: We asked what best reflects your opinion of athletes (now including Dwyane Wade) posing nude for ESPN The Magazine's annual 'Body' issue, and a plurality of 44.7 percent voted "negative. However 30.8% voted "positive," 13.3% were undecided and 11.2% voted "depends who the athlete is."