1) It is MONDAY, MAY 30. Remembering and honoring America's war dead on this Memorial Day. We are the land of the free because of the  brave, and these were the bravest. See our Memorial Day tribute video below. 2) Thoughts and best wishes to former Hurricanes receiver Brett Perriman on his recovery in Atlanta from a stroke. 3) In The Previous Blogpost (ITPB): Turf Wars on Super Bowl name with poll, rooting for LeBron, your preferred NBA Finals matchup & more. 4) Join us on Twitter @gregcote. Also Facebook, Instagram, Vine, Periscope and Snapchat.

The Last 3: My three most recent columns, ICYMI or thought them so wonderful they deserved another look: The Under Pressure 12, the new one, listing the dozen South Florida sports figures most under pressure. The Long and Extraordinary Life of Charley Winner, catching up with the longtime former Dolphins executive. Whale Watching Expedition, on how Heat's best shot for a chance at Kevin Durant or LeBron James this summer is for Miami fans to hope LeBron wins the NBA title.

UNDER PRESSURE: WHO'S FEELING THE HEAT IN SOUTH FLORIDA SPORTS: My latest Sunday column (click The Under Pressure 12 to read in full) explores the topic of pressure and lists the dozen South Florida sports figures who are or should be feeling the most of it. The reason vary, starting with No. 1 on our list, Chris Bosh, whose medical situation puts him under a much different pressure than Ryan Tannehill, who must win, or Giancarlo Stanton, who must perform to the tune of $325 million. Everyone has his own definition of pressure in sports and their own thoughts on who's under it. I am curious what you think. Take a dip in our poll, the dozen choices listed alphabetically, and vote for the three (3) you think are or should be under the most pressure. Then check back often to monitor evolving results.

HOT BUTTON TOP 10 (UPDATED): WHAT SOUTH FLORIDA SPORTS FANS ARE TALKING ABOUT: Our blog-exclusive every-Sunday feature (updated Mondays) is part week-in-review, part look-ahead. Hot Button means what's on our minds, locally and nationally, from a Miami perspective, as the sports week just past pivots to the week ahead. This week's HB10: 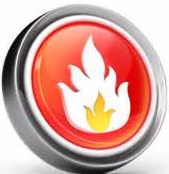 1. SUPER BOWL: NFL rewards Stephen Ross, names Dolphins stadium as 2020 SB host: Miami and a refurbished, canopied Dolphins stadium in 2020 will host its first Super Bowl since 2010, thanks to a vote of NFL owners this week. Your city hosting a Super Bowl? Good. Your city playing in one? Infinitely better.

3. MARLINS: Jose en fuego; Fish finally figure out Braves: Miami is hanging within striking distance of playoff contention and one reason is ace Jose Fernandez, who in last four starts has allowed three runs with 43 strikeouts in 27 innings. Fish are back home this week and Jose pitches Tuesday. Meanwhile Miami finally figured out Atlanta. Before yesterday the Braves had been are 5-0 vs. Miami, 9-34 against everybody else.

4. SOCCER: Real Madrid reigns, now Copa America on deck: It was Real Madrid beating Atletico Madrid on penalties Saturday after a 1-1 game in the UEFA Champions League final. Now comes Copa America June 3-26 in 10 U.S. cities, with the U.S. team debuting this coming Friday vs. Colombia. A championship by the hosts? That’s the goooooaaaaalll!

6. AUTO RACING: Rookie wins centennial Indianapolis 500: NASCAR's Coca-Cola 600 ran, too, but the Indy 500 is the one day Indy-car racing owns the sport of auto racing. Especially when it happens to be the 100th running of "The Greatest Spectacle In Racing," won Sunday by rookie Alexander Rossi.

7. CANES BASEBALL: UM falls short in ACC, but named regional host: The No. 3-ranked and top-seeded Miami Hurricanes failed to reach Sunday's ACC Tournament championship game, but still were named an NCAA Regional host as expected. Today the Canes learn which other teams will be here. For UM, as always, the Regionals mean one thing. Omaha or bust.

8. TENNIS: Serena, Djokovic in line for milestones at midpoint of French Open: A title by Serena Williams would tie Steffi Graf's open-era record of 22 majors, while a French title is the only major that has eluded Novak Djokovic, whose path cleared when Rafael Nadal withdrew with a wrist injury.

9. DOLPHINS: Fins continue offseason OTA practices: The next ones are Tuesday through Thursday. OTA stands for "organized team activities," which always sounds to me like something that should involve arts and crafts, like making a log cabin out of popsicle sticks.

10. PANTHERS: Cats trade Gudbranson, plan unveiling: Florida continued to fix what wasn't broke, trading young defenseman Erik Gudbranson. This Thursday the club unveils its new logo and uniforms. Team will look different next season. Question is whether they'll look like a team ready to win a playoff series for first time since 1996.

Missing the cut: Canes football coach Mark Richt is donating $1 million toward the school's new indoor practice facility. Richt hasn't coached a game yet, but he keeps winning. ..... It took eight games but NASL  expansion team Miami FC earned its first victory, 1-0 over Edmonton. Congrats, I think ..... Chris Berman will step down from his current role at ESPN after this coming football season, meaning he won't be backbackbackbackback ..... Quick aside to Koa Misi: Nothing good ever happens outside a nightclub at 3:40 a.m. ..... Heat lost without playing as Erik Spoelstra's top assistant, David Fizdale, headed to Memphis ..... Scandal-plagued Baylor fired football coach Art Briles over his handling of sexual assault charge against players, and Ole Miss self-imposed sanctions for rules violations. The 'C' in NCAA stands for cheating, right? ..... Tom Brady is appealing his four-game Deflategate suspension. You get the feeling Brady will be retired and perhaps dead and this thing will still be going on in the courts ..... The Scripps National Spelling Bee ended in a tie, with one finalist stymied by the word "feldenkrais" and the other by "gesellschaft." I'm still trying to figure out how to spell "Krzyzewski" ..... Jose Mourinho is the new savior at Manchester United. Until he loses his first math ..... Colombia beat Haiti 3-1 yesterday at Marlins Park. I wonder if soccer fans booed Jeffrey Loria just on principle? ..... There is increasing media speculation that Tiger Woods may never play again, one more reason to hope he does ..... Sport Name of the Week: Last week's LPGA tournament runnerup, So Oh ..... Georgia athletic director Greg McGarity apologized for paying the rapper Ludacris $65,000 for a 13-minute performance at Bulldogs' spring game. Ludicrous! ..... Canada beat Finland 2-0 to win the world hockey championships in Moscow. "We'd rather have the Stanley Cup back," said Canada in unison ..... Miami Gun Show ended Sunday at Dade County Fairgrounds. Yes, because, if there is one thing we need more of in Miami, it's guns!

RICHARD BLEIER: A LONG CLIMB, BUT HE MADE IT: Richard Bleier, a local kid who played ball at South Plantation High, this week became a major-league rookie at age 29, after a career's climb through the minor leagues. He is wearing New York Yankees pinstripes this weekend as the team that called him up on Thursday plays in Tampa Bay. He did not pitch in that series; his MLB debut could come tonight in Toronto.

His Dad, Lawrence, is from the Bronx and grew up a Mickey Mantle-era Yankees fans, so this is all as exciting for him as it for his son. "It's a dream come true," Lawrence told the Fort Myers News-Press. (Richard pitched in college for Florida Gulf Coast there). "He’s been very level-headed about everything. He’s excited, but he has anticipated this day for a long time. So here he is. How long he will be there, we don’t know. Whatever it is, he’ll be a major leaguer. It’ll be in the baseball encyclopedia." Richard said in a text, "It's an awesome feeling. I've worked my entire life to get here." Richard was a teammate of my son Christopher's at South Plantation High, where I announced the games from a purple-painted wood pressbox overlooking home plate. Richard was a lanky lefthanded pitcher, rather stoic, prone to being a bit too hard on himself. His father would sometimes come up into the press box and kibitz for an inning or two. Since those days Richard has spent the last 10 or 12 years climbing, pitching, dreaming. He will wear uniform No. 50, and pitch out of the bullpen for the Yankees. I hope his stay in the big leagues lasts as long as it took him to finally get there, but perseverance is its own reward. As his Dad noted, no matter how long his stay, his name will be in the baseball encyclopedia now. No matter how long his stay, he made it. Congratulations, Richard.

Poll result: 'Miami' swamps 'South Florida' when it comes to Super Bowl: We asked what is the best title for the 2020 NFL championship game awarded this week, and it was 75.7 percent for 'Miami Super Bowl' and 24.3% for 'South Florida Super Bowl.'

REMEMBERING AND HONORING AMERICA'S WAR DEAD: This video is called "50,000 Names Carved In the Wall," by country legend George Jones. It about about the Vietnam Memorial, but its message reaches across all generations, wars and all who made the ultimate sacrifice. If you can watch this video without tearing up, you are a stronger person than I. (For those in a sentimental or patriotic mood today, I also recommend "Ragged Old Flag," by Johnny Cash).