LeBron's grand plan: LeBron James reveals in the Feb. 20 issue of The Hollywood Reporter his grand plan including a future in movies and his dream of building a Hollywood empire. Click here for the story and related video. Must-read for LBJ fans.

'Back In My Day': Many of you on Twitter and in emails ask for links to the "Back In My Day" segments I do Tuesdays on the Dan Le Batard Show. I have done 17. Click on BIMD Volume 1 for episodes 1 through 10 (which originally appeared in the blog on Dec. 11). I'll have a link to the most recent episodes soon.

"I liked Beck before it was cool." --Greg Cote

MARLINS ALL-STAR GAME IS FIFTH FOR SOUTH FLORIDA: The Marlins will be hosting their first MLB All-Star Game in 2017, a direct result of the new stadium that so many complained about but that will prove a positive for generations to come. Getting this game is a big deal, and it's about time. Baseball's annual
showcase is far superior to the other sports'. Giancarlo Stanton in the Home-Run Derby seems a given. But Miami sports historians like myself know this Marlins first actually will be the fifth major (Big Four sport) professional all-star game in South Florida. The list, chronologically:

KIPER APES MCSHAY ON FINS PICK: Dueling ESPN mock drafters Mel Kiper (pictured) and Todd McShay need to get together and fake some variety. Kiper in his new Mock 2.0 out today has Jameis Winston No. 1

overall to Tampa Bay, Marcus Mariota No. 6 to the Stinkin' Jets and Michigan State cornerback Trae Waynes No. 14 to Miami -- just like McShay did last week. Kiper on Waynes: "Dolphins need to add some effective youth at cornerback, and Waynes is a well-coached cover man with the versatility to help in both man and zone and brings a physical presence. He's effective taking on big receivers and will also not shy away from tackling and setting the edge as a run-defender. If you're going on pure upside, Marcus Peters (Washington) could gain a slight edge, but Waynes gets the nod for reliability. The Combine can shift perceptions at this position, but I think Waynes is a safe bet to be one of the top two corners taken and it's a need area for the Dolphins, who need more playmakers in their secondary."

Poll result: It's Golden over Philbin for the coaching hot seat: We asked who among So Fla's Big Six coaches should lead the Hot-Seat Index, and UM football coach Al Golden swamped the Dolphins' Joe Philbin by 65.9 percent to 32.4%. We figured a two-man race and man was it! Heat's Erik Spolestra, Marlins' Mike Redmond, UM hoops' Jim Larranaga and Panthers' Gerard Gallant combined for a scant 1.7%. 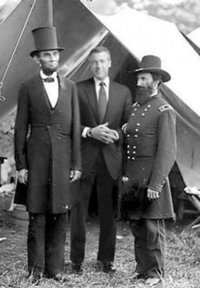 without pay for the truth-fudging that has spawned a million Internet lampoons like the photo pictured. I get the punishment. U.S. presidents and network news anchors -- aren't those the folks you sort of want to trust most? I wonder if in six months Williams will return as if nothing happened or just sort of fade into shamed retirement. Elsewhere on the dial, Jon Stewart is leaving Comedy Central's The Daily Show, a major loss for hilarious, razor-edgy political commentary. I think Stewart is brilliant, by which I mean he shares my take on just about everything arising from today's headlines.

LITTLE LEAGUE A LITTLE TOO LATE WITH ITS DISCIPLINE: So Little League Baseball strips the U.S. championship from the Chicago team (Jackie Robinson West) that won it in the 2014 LL World Series by, we now are told, supposedly fudging boundary lines to improperly build a superteam. Two adults involved have been supposed for actions that spoils the heart-warming story of the first African-American team to reign. Better late than never on the discipline, I suppose, but Little League's due diligence on boundaries and birth certificates needs to come before a tournament not afterward. This story bears further examination. As it was the Chicago team's triumph was overshadowed, anyway, by the Sports Illustrated cover-spawning mania over the Philadelphia girl pitcher, Mo'Ne Davis.

"DEAR GREG...": "I have heard rumors that a sect of anti-government separatists in the Deep South has formed a militia made up entirely of armed goats trained to perform as soldiers. Can this possibly be true?" Dear Reader: I find that almost impossible to believe, but I'll check into it and get back to you.