1) It is WEDNESDAY, JUNE 4. Howard Schenellenberger Tweeted out the photo at right. Gotta love Howard. Go Owls! 2) In The Previous Blogpost (ITPB): Heat-Spurs Finals prediction poll, me and the 'orange jumpsuit', Marino/Kelly, Caroline on the rebound, MLB division races & more. 3) Join us on Twitter @gregcote. Also Vine and Instagram.

Oops. Marino un-sues NFL: Yesterday morning it was reported Dan Marino had joined the latest lawsuit by ex-players against the NFL over long-term affects of concussions. By afternoon his lawyers said Marino has not joined that lawsuit. Alrighty then.

WHAT SHOULD BE SYMPATHY LEVEL FOR EX-NFL PLAYERS ON CONCUSSION AFTER-EFFECTS?: We briefly interupt our blog's takeover by the Heat playoff run to bring you an unrelated lead item. This admittedly is a complicated, amorphous issue hardly lending itself to a simple, either/poll question. But 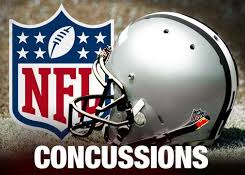 why should that stop us! The question is how responsible the NFL is for players' post-career after-effects of an inherently violent, body-jarring sport? Player lawyers argue medical care was lacking back in the day, and the fact there wasn't the concussion protocol there is today put players at long-term risk. An opposing view might be that players were well-compensated for a line of work they chose and knew involved physical pounding. I'll admit I'm torn on this subject but am inclined to not hold the sport overly liable for not having in place, 30 years, ago, a protocol that is now standard. Medical advancement moves at its own pace. I'd use an as example the fact cigarettes once had no government warning labels and were routinely smoked in office buildings. Just as concussion risk once had no warning label. I don't think it was an NFL conspiracy. I think it was medical science catching up to risk and long-term effect. Likewise, equipment and helmets are safer today than they once were. Anyway, we stuff this complicated topic into our blog grinder and come out with this poll. It simply solicits your general, overall view. I'm curious how you feel and also whether the involvement of Marino weighs on that in any way. Vote and say why.

Poll result: 76 percent say Heat over Spurs: We asked in the previous blogpost how you see the NBA Finals turning out (you may still vote), and 76.46 percent overall predicted a Heat championship. The top three vote-getters of eight choices were Heat in 6 games (54.92%), Heat in 7 (15.49%) and Spurs in 6 (12.17%). As you'd imagine the second-most votes after Florida came from Texas, where 73.48% foresaw a Spurs championship. 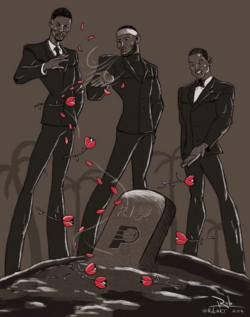 PARTING GIFTS FOR PACERS: Can't let Lance Stephenson and the Pacers slip off into the offseason without a couple of parting gifts, can we? One is the terrific, Rat Pack-styled artwork by @RobCabrera presented at right. The second is LE BATARD'S EPIC RANT, which I provide here because I'm tired of being Pacers fans' most hated Miami media guy and it's time for Dan to take his turn.

Click back often because we update and add to our latest blogposts with blurring frequency...