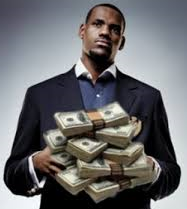 Free agency update: LeBron reportedly to demand max money: ESPN reports today (not a surprise) that when free agency begins a minute past midnight Monday James will demand the maximum salary of $22.1 million per year from any team that wants him including the Heat. If true, that does not necessarily suggest his re-signing with Miami is in jeopardy, though the Conclusion Jumpers already are out in force. What it does suggest is that the burden would now be on Dwyane Wade and Chris Bosh to accept deeper cuts with James out of the bargain business.

POST OPT-OUTS, VOTE WHETHER YOU THINK HEAT'S BIG 3 WILL ALL BE BACK WITH MIAMI: Chris Bosh as expected joined Dwyane Wade, Udonis Haslem and charter Opt-Out Club member LeBron James. So all of the Heat's main guys have now opted out of their Miami conracts and become free agents. In a column -- click All For One to read -- I explore why this is good for the Heat. The literary images here also help explain it. If this poll feels like deja vu, it should. We ran the same question just two weeks ago (June 18). But that was before all the opt-outs. I thought it might be interesting to reprise the question and compare results. Have the opts-outs made you more confident or less that the Big 3 will all re-up with Miami? Vote now and say why.

THE STATE OF THE STATES: I write an unabashedly positive column on the state of U.S. soccer -- both the national team and the support for it. I feel both have turned a corner in this World Cup. The 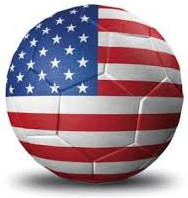 U.S. team, playing Belgium Tuesday in the round of 16, no longer is the little underdog cowering to the skills of Europe and South America. Likewise American soccer fans no longer are a cult or niche. Team and fandom both have grown up. Yes, support for U.S. soccer in a World Cup is largely patriotism-driven. Yes, I too have heard the jokes about how we'll be glad when the World Cup is over so we can start ignoring soccer again. Nevertheless, a once "foreign" sport is fully in the American mainstream now. Click on TEAM USA to read the full column.

FUTBLOG! WORLD CUP ROUND OF 16: KNOCKOUT ROUND CONTINUES: FUTBLOG! is the official World Cup post of this blog, a continually updated daily dose of the month-long soccer spectacle in Brazil. See earlier posts for earlier group-play results. We're on to the round of 16 now, with two knockout games each day for four straight days, Saturday through Tuesday.

FRANCE def. NIGERIA, 2-0: The French have had a redeeming World Cup after a nightmare four years earlier but would have disappointed if they didn't advance here to the quarters. A goal in the 79th minute and another in extra time took care of that. Nigeria's offensive struggles continued after it managed only three goals in three group matches. My pick was: France, 2-1.

GERMANY def. ALGERIA, 2-1 (OT): The Germans carry Europe's banner in terms of being the best non-South American bet for the crown, but didn't always look it here. Algeria from my view looked to be in over its head here, especially on the defensive end, but I underestimatecd the underdogs. My pick was: Germany, 4-1.

To follow: Tuesday--Argentina vs. Switzerland; United States vs. Belgium.

ADVANCED TO QUARTERFINALS / ROUND OF EIGHT:

NETHERLANDS (def. Mexico, 2-1): You could argue the country that old-timers still call Holland was the most impressive of any in group play, going 3-0 and leading all flags with 10 goals. But the favored Dutch barely escaped to survive here, equalizing late and then winning on a penalty kick in extra time. A heartbreak for Mexico's El Tri. My pick was: Netherlands, 2-1 (bull's-eye).

COSTA RICA (def. GREECE, 1-1 [5-3 PKs]): Can two Cinderellas attend one (foot)ball? Costa Rica is the darling of this Cup after winning a pedigreed group that contained three former champions. But lightly regarded Greece was only team to advance with a negative goal differential. Costa Rica remains the Cinderalla standing by prevailingf despite playing a man down for a third of the match. My pick was: Costa Rica, 3-0.

BRAZIL (def. Chile, 1-1 [3-2 PKs]): A date with host and favorite Brazil was a most dubious bracket reward for Chile, but the underdogs played valiantly through overtime before falling in penalty kicks. Brazilian fans were not entirely thrilled with their guys' play in the qualifying stage and should not have been today, with relief the emotion here far more than elation. My pick was: Brazil, 3-1.

new Sunday feature of the blog (debuting last week) because our Sunday notes-column package in the print edition (newspaper) is on summer hiatus, set to return in August. Hot Button means what's on our minds as the sports week just past pivots to the week ahead:

1. World Cup: Knockout round: Brazil barely survived, Uruguay's Luis Suarez was suspended for biting and the U.S. reached round of 16, the knockout stage, and faces Belgium on Tuesday. Once again, America, on my count: "Let's gooooo States!"

2. Heat: LeBron leads Opt-Out Club: LeBron, Wade and Haslem all have opted out of their contracts and Bosh is expected to follow suit, all good news for Miami. Opting out is in!

5. Panthers: Cats draft defenseman No. 1: Aaron Ekblad, 18, a 6-4, 216-pounder from Ontario, is the latest in NHL Panthers' stockpile of young talent. Potential is good. Winning is better.

7. Wimbledon: Williams sisters both out: ESPN The Mag's annual 'Body' issue is out July 11 and Venus Williams is among athletes artfully naked. Based on her and sister Serena's early Wimbledon exits, their game has been exposed, too.

8. Tiger Woods: Fizzles in return: Tiger missed the cut but said he was encouraged in first PGA Tour event following three months out after back surgery. That's a low threshold for encouragement.

Click back often because the frequency of our updates and adds to our latest blogposts is startling...