1) It is THURSDAY, MAY 29. R.I.P., Maya Angelou (pictured), America's Poet Laureate, gone at 86. I recall reading 'I Know Why the Caged Bird Sings' in a college literary class, and later being grateful for the assignment. 2) In The Previous Blogpost (ITPB): Five signs the Pacers are imploding, Heat-Pacers Game 4, Pat Riley enters your bedroom, fast food Top10 & more. 3) Join us on Twitter @gregcote. Also Vine and Instagram.

LANCE STEPHENSON MAY BE THE STRANGEST MAN IN AMERICA: Ray Allen's word for Stephenson's antics is "buuffonery." He nails it like a 3-pointer.

G5: INDIANA 93, HEAT 90: CHAMPS STILL UP 3-2 HEADING BACK TO MIAMI: Final: What a bizarre, bizarre game. Miami had a last-second go-ahead shot despite a nightmare game by LeBron James, whose five fouls led to limited minutes and a career-playoff-low 7 points. At least two or three of those five fouls were marginal calls, but, let's not go all Indy and blame the officiating. It wasn't just the foul trouble. James was 2-for-10 shooting. Does a Heat fan take heart that it came down to the last seconds despite a rare non-LeBron night? Now it comes down to a Game 6 back in Miami Friday night, with the pressure shifting to the Heat. Nobody was great for Miami last night. Put it this way: Rashard Lewis (18 points; 6-9 on 3's) may have been the Heat's best player. Chris Bosh had 20 with 10 rebounds. Dwyane Wade had 18, and Ray Allen 15. I said earlier this was a bizarre game. Miami makes 15 3's and loses? Strange, strange. I do not blame LeBron for passing up a last-second drive to the basket for a potential game-tying shot, instead passing to Bosh for a winning 3 he missed. "He went for the kill," said coach Erik Spoelstra of James' pass. (For those who have asked: I was not in Indianapolis for Game 5 due to the sudden, unexpected death of a longtime friend whose funeral was Wednesday in Fort Myers). ..... Halftime: Miami up 42-33, remarkably, despite LeBron James mostly sitting with more fouls (3) than points (2). Heat plus-13 points with James out. How depressing that must be for fading Indiana! Ray Allen with 10 off the bench, Chris Bosh's 9 and Dwyane Wade's 8 carrying Miami, along with a pair of 3's by Rashard Lewis. ..... Original post: You could call both teams wounded for tonight's Eastern finals Game 5 in Indianapolis. But Miami's wounds are superficial, with top reserves Ray Allen and Chris (Birdman) Andersen both questionable with minor injuries. Indiana's wounds appear mortal, playoff- 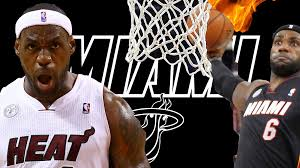 life threatening. They are down 3-1 as they face elimination, and only 3.6 percent of teams in this situation in NBA history (8 of 222) have prevailed in the series. I'm no mathematician, but that gives Miami a 96.4% likelihood of reaching the NBA Finals again. The big question is

whether that advance takes place tonight or in Game 6 back in Miami. Do the Heat have the imperative to close it out on the road? Do the Pacers have any fight left? New Pistons coach Stan Van Gundy, on the radio with us Tuesday on the Dan Le Batard Show, said he thought the Pacers showed "mental weakness" and were "running from accountability." He meant Paul "We Outplayed Them" George blaming the officiating. He meant Roy "Big Zero" Hibbert blaming the game plan. He might also have mentioned Lance Stephenson's foolhardy LeBron-baiting, or coach Frank Vogel embarrassing himself by yelling at Shane Battier to distract his 3-point shot. Indiana is in excuses-mode, indicative of a team unable, at the moment, to come to grips with simply not being good enough, and on the verge of being eliminated from the postseason by nemesis Miami for a third straight season. Let' see if that's a reality that is forced to sink in tonight.

THE LIST: TOP MUSIC EARNERS, 1990-PRESENT: This is in my wheelhouse because I love music and appreciate longevity. These are Billboard's top 10 musical acts from 1990 to 2014 based on concert tour revenue:

Note: I think I have all of the above, on iTunes, CD or album (yes, album) other than Celine.

Click back a bunch. We update and add to our latest blogposts frequently...