1) It is FRIDAY, AUGUST 9. LeBron James reported for jury duty yesterday in his hometown of Akron, Ohio (Summit County) but was not called. Updates as needed. Also, Heat officially signed Greg Oden. Let the waiting begin! 2) So much for deference to the champs. New NBA schedule does Heat no favors. Players not thrilled to be away for both Thanksgiving (at Cleveland day before, at Toronto day after) and at the Lakers on Christmas Day. 3) Great show the other night by Jacksonville indie-electronica band T3AM at Lucky's. Not my favorite genre of music but they win you over. 4) In The Previous Blogpost (ITPB): MLB drops hammer on A-Rod, the other Cris Carter & more. 5) Join us on Twitter (gregcote), Instagram (Upsetbird) and Vine (Greg Cote).

WHY NFL FANTASY DRAFTS ARE UNLIKELY TO BE DOLPHINS-HEAVY: Sports Illustrated has trotted out its 2013 NFL Fantasy Top 300 and from a Miami perspective, for what it's worth, the rankings are pretty 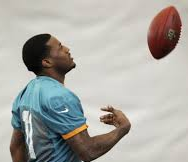 -Brian Hartline (56th WR); 159th--Daniel Thomas (53rd RB); 191st--Dustin Keller (16th TE); 196th--Ryan Tannehill (25th QB); 266th--Brandon Gibson (86th WR); and 292nd--Dan Carpenter (25th PK). Four bad signs: 1) Your big off-season acquisition, a supposedly an elite receiver, projected as a mid-round pick in an eight-team league. 2) Your top running back, in a competition that generally puts a premium on RBs, ranks 26th in a 32-team league. 3) Your rising young QB, even with receiving help, ranks 25th. 4) And your defense, supposedly a team strength, is -- rather stunningly, I'd say -- not among the 20 defense/special-teams to make the top 300. We'll see how this fantasy compares with the reality ahead. For now, suffice to say you'll have your pick of Dolphins in most rounds come draft day. Results of ESPN's latest mock-fantasy draft also are Dolphins-shy. It's a 16-round draft for a 10-team PPR league, meaning 260 selections, and the only Dolphins picked were RB Miller (4th round, 35th overall); WR Wallace (5th/47th) and WR Hartline (13th/127th). 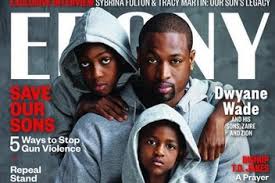 STEPHEN ROSS SPEAKS: Dolphins owner held a (fairly) rare news conference yesterday. Rather than a tedious transcript here are a few highlights. On Ryan Tannehill: "We believe and hope we've selected the right quarterback. I love the guy." On his GM: "I think he's doing a good job. I'm committed to Jeff Ireland." On Mike Pouncey's 'Free Hernandez' hat: "Obviously I don't condone it." Ross also said the club could return to Tallahassee in 2014 for another attempt at stadium-renovation funds, and that he plans to name a new club president/CEO by next month.

FABULOUS RONALDO LEADS REAL MADRID TO MIAMI TITLE: The sublime Cristiano Ronaldo scores twice Wednesday night and Real Madrid beats Chelsea 3-1 to win the inaugural International Champions Cup at Dolphins stadium. I felt watching Ronaldo like I do watching LeBron: There is only one best player in the game, and everybody knows who it is. Including that that player. Click on Joe's Vision for my column from the game. ..... Original post: We tend to be myopic. Jingoistic. We Americans tend to think that "sports" means the NFL or baseball or NBA. Locally it's all about the

Dolphins, Heat and Canes. Well, no it isn't. Not in America, and not locally. There is more. We are bigger that that. Comes a refreshing reminder tonight, when Dolphins stadium will fill with soccer fans for the conclusion of the first Guinness International Champions Cup, with Spain's Real Madrid vs. England's Chelsea for the title. (After a third-place match between U.S. club L.A. Galaxy and Italy's AC Milan). I'll happily be there, watching, enjoying and columnizing. This eight-team tournament has arguably been the most impressive collection of soccer talent ever seen in America, and, yes, I say that having covered the 1994 U.S. World Cup. It's big that Miami got the final games. Tonight's match will makes headlines across Europe and the world. 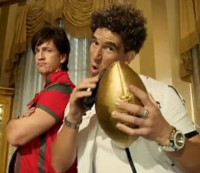 ON THE MANNINGS' RAP VIDEO: Peyton and Eli Manning sort-of rapping in a spoof video called "Football On Your Phone" may be the worst performance by NFL white players since Riley Cooper at a Kenny Chesney concert. The Mannings are pictured, looking about as gangsta as they possibly can. The vid is a pimp for DirecTV, designed-to-go-viral advertising, making it worse. Click HERE to watch and listen, both of which are a chore.

ON HUGH DOUGLAS' TIRADE: Hugh Douglas, the former Eagle now of ESPN's Numbers Never Lie, spewed racially at show colleague Michael Smith (also African-American) at a House of Blues in Orlando while in town for a National Association of Black Journalists convention. Called him "Uncle Tom" and a "house [N-word]." (How to embarrass your association in one easy step!) Hugh apparently doesn't think Michael is black enough. Well, who on Earth thinks Hugh Douglas, whom I'd call an Uncle Dumb, is a journalist? Throw him off the air permanently. While you're at it, ESPN, cancel Numbers Never Lie. It sucks.

Poll result: Serious split on A-Rod's punishment: We asked about Alex Rodriguez's 211-game suspension for PEDs in the Biogenesis case, and 37.7 percent called that too harsh while 31.9% said too lenient. Another 26.3% called the punishment about right and 4.1% weren't sure.