In new NBA, who is Heat's biggest threat? New polls. Vote!; plus the king of England, the shame of Urban Meyer, Marlins' wild day & more

1) It is SUNDAY, JULY 7. Click on Random Evidence for today's latest Sunday notes column. 2) Played golf yesterday for first time in ages and shot a bad-for-even-me 97 at Inverrary-East. The greens mocked me all day. Must have missed a half dozen 4-to-5 foot par putts. 3) In The Previous Blogpost (ITPB): LeBron on Forbes power list, Happy 4th, Miami top-10 athletes under 25 & more.

Join us on TWITTER @gregcote and INSTAGRAM @ upsetbird and VINE @ Greg Cote. Cost: Free. Return on investment: Commensurate with outlay. 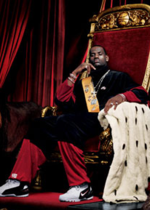 DWIGHT HOWARD HAS LANDED. NOW WHO IS HEAT'S BIGGEST THREAT?: We have seen the draft. Mostly, we have now seen the major moves in free agency, culminating with the biggest 2013 prize, Dwight Howard, ditching the Lakers for the Houston Rockets. So, Heat fan, as you survive the altered NBA landscape, who look like Miami's biggest threats to a Three-Peat? First in the Eastern Conference, then from the West in The Finals? The two polls below list the top three challengers in each category based on new Bovada betting odds, post-Howard trade. But the teams are alphabetically listed in the poll, not based on odds. I figure you all are going to set the real order, right here. Vote, say why and check back often to track the evolving results.

Note: Participating in these polls does not indicate particular concern that any team will dethrone the Heat, only which is most likely.

THE SHAME OF URBAN MEYER: Urban Meyer, now at Ohio State, tries to distance himself from the

Aaron Hernandez murder-charge scandal, which is understandable, though Hernandez was a Gator under Meyer and reportedly a punk in Gainesville, too. But it's awfully hard for Gator fans to deny the program ran amok off the field during his years there. And if you know any UF alum or fans still in denial, have them read this piece from The New York Times.

-- one of 17 rooks on the National's 35-man rster. (The AL roster has 13 rookies). Outbound was Ricky Nolasco, the club's all-time leader in wins with 81, in a long-anticipated trade to the Dodgers. This isn't one of those salary-dump, here-they-go-again type of moves. Nolasco is 30, was 27-34 the past three-plus seasons, and Miami has four starters (at least) who are younger and better. Need one of those three prospects in return to make it, but even if not, Nolasco is not a big loss. Meantime, Giancarlo Stanton and Logan Morrison both should be embarrassed by their combined error that ended yesterday's game. Lazy throw, muffed catch. Sloppy, sloppy.

ANDY MURRAY: THE KING OF ENGLAND: You lead the league in stoicism if you didn't get emotional

watching Andy Murray (pictured) win Wimbledon today over Novak Djokovic, the first Brit to do so since 1936. The storybook endings that seem too good to be true -- nobody does 'em like sports. Great day for Great Britain. on Saturday, Marion Bartoli beat Sabine Lisicki for the women's title. It was a star-less final and dull match, spiced only by Lisicki's tears during play as she tried to rally to respectability. A competitive match (not that this was) isn't enough. I can see good, competitive tennis at my local club. In a major final I want starpower; so do TV viewers. The men came through on that today. Andy Murray came through.