[1) It is FRIDAY, DEC. 28. Dolphins rule injured WR Davone Bess out of Sunday's finale at New England. 2) Dwyane Wade's one-game groin-kick suspension without pay will cost him $154,764. I'm thinking of taking up a collection for him. Telethon, maybe? 3) Join us on Twitter @gregcote] 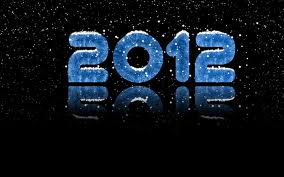 YOU PICK THE 2012 NATIONAL SPORTS STORY OF THE YEAR: The top 10 stories below are from The Associated Press annual ranking. However I have listed them alphabetically in the poll, not in 1-through-10 order, so your vote will be more independent and not influenced by The AP's rank. A synopsis:

Disclaimer: My own list would be a bit different. I definitely would have included the Heat's LeBron James-led NBA championship, for example. But that'll get its due soon enough when we bring you 2012's Greater Miami Top 10 Sports Stories, also with a poll. Might have added the NHL lockout, too. Anyway, for now, we invite you to vote for your top three (3) national stories of the past year from The AP list and say why. Then check back often to monitor the evolving results:

beating the point spread but not the Patriots. The 27-20 final will end Miami's season at 7-9. Click on Week 17 Gems for all our latest NFL predictions -- including a surprise in the big Cowboys-Redskins playoff play-in game. And click on Pro Bowl A Fair Mirror for our Friday page notes column leading with the notion Miami's lone PB pick is no travesty, it's a pretty accurate reflection of the team's lack of impact talent.

Poll result: Receiver in a landslide as Dolphins' greatest need: We asked in a previous blogpost for your choice as Miami's greatest need in free agency or the draft, and wide receiver thoroughly dominated with 83.6 percent, followed by cornerback 8.8%, pass rusher 5.5% and something else 2.1%.