A FOND FAREWELL, HOWARD SCHNELLENBERGER: Howard Schnellenberger deposited 53 years of football coaching into the past tense Saturday, placing a life's work in the memory box as Florida Atlantic hosted Louisiana-Monroe. The sun set on the stadium as it set on a man's storied 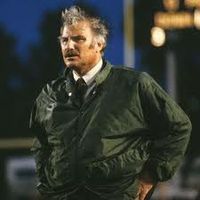 career. Of course it would be ending differently had anyone put me in charge of the fairy tale. It would be ending in a bowl game, with Howard triumphantly on the shoulders of players, being carried off the field. Instead it would end in a half-empty campus stadium with another loss, this one 26-0. The coach's sendoff was a 1-11 record. One must step back, though, way back, to take in the full measure of what Schnellenberger has meant to South Florida. In college or pro coaching, I think only Don Shula has meant more. Schnellenberger helped guide the Dolphins to their 1972 Perfect Season, he led the Miami Hurricanes to their watershed 1983

national championship, and he founded from scratch the FAU football program, bequeathing it a brand new stadium borne of his own initiative and persistence -- a stadium that should be renamed in his honor. And those are just the highlights. I'll never forget the snapshot of Schnellenberger drinking in that national title the night of Jan. 2, 1984 at the old Orange Bowl, the then-ubiquitous pipe in his hand, and wife Beverlee at his side, incongruously but somehow appropriately in a full-length mink. They were royalty. They had set the Hurricanes off on their remarkable way. This man was a big part of the best of Dolphins history, then a bigger part of the best of UM history, and finally the only part that mattered in making history in Boca Raton, literally creating a football program from nothing. Pictured is the man in his halcyon UM days at left and in his later FAU years at right, hair gone snow-white but fire still burning. Now he retires at 77, and he has earned the rest. A monumental and well-spent career that mattered is ending. Well done, Howard. Farewell. 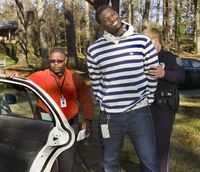 NFL PREDIX: DOLPHINS IN SPOILER MODE: Miami beats Oakland on Sunday, 23-17, playing spoiler to the Raiders' playoff hopes. Dolphins defense has played well enough in this 3-1 spurt to handle Carson Palmer, and I think Miami can control the ball offensively vs. an OAK run-D allowing 5.3 yards per carry. Raiders MLB Rolando McClain is expected to play Sunday despite a Thursday arrest in Alabama for allegedly threatening a man with a pistol and firing a shot near his head while in town to attend his grandfather's funeral. McClain is pictured at right during his arrest, grinning like a fool. Literally. Click on Week 13 Gems for all our latest NFL picks. Also check out my Friday Page column on how three unusual QB situations lend intrigue to an otherwise drama-free playoff chase.

Padre Heath Bell, who has had 42, 47 and 43 saves the past three seasons, an all-star each year. Call it an early Christmas present for Josh Johnson and for other starters who can probably count on two or three more victories each from what would have been blown saves. The Closer Formerly Known As Leo Nunez is relegated to an odd bit of club history now with Bell's arrival. The message? Two-fold. 1. Bell is 34, meaning the Marlins want and expect to win now. 2) This formerly penurious franchise is serious about spending, and contending. Are you listening, Jose Reyes? You'd also think a free-agent starter like lefty C.J. Wilson finds the Marlins a lot more enticing with Bell closing than when the position was a question mark. Bonus: Bell (pictured) comes with the good, menacing Closer Beard. 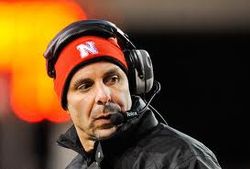 FAU REPLACES HOWARD WITH THE "OTHER" PELINI: Howard Schnellenberger puts the wrap on 53 remarkable years in football coaching Saturday, and now word comes that FAU will replace its retiring program creator with Nebraska defensive coordinator Carl Pelini, 46, the brother of Huskers head coach Bo Pelini. Hmm. Carl (pictured) was last a head coach in 2002 at Fitch High in Austintown, Ohio. Since then he has been a defensive assistant at two small colleges (Minnesota State, Ohio) before being hired at Nebraska by his look-alike younger brother. I'm not saying nepotism, but I do think The Other Pelini has much to prove. The Nebraska bloodline alone makes him a credible hire for FAU, but I can't help but think a major-program defensive coordinator who is highly regarded and seen as head-coach material might land a bit higher than the Owls, no?

NEWT GINGRICH?: Newt Gingrich predicted flatly this week, "I'm going to be the [Republicican presidential] nominee." At that, the sound you heard sweeping the nation was the collective relieved exhale of Barack Obama supporters. In 2008 Obama might well have lost the presidency if John McCain had not boneheadedly chosen Sarah Palin as his running mate. In 2012, Obama will be susceptible to defeat again but for the lack of an electable opponent. Enter Newt. The perception here is that Obama's reelection campaign has no greater hope than Newt Gingrich grand-marshaling a parade of Herman Cain, Michelle Bachman and Rick Perry on the other side.

MAN DRESSED AS FROSTY THE SNOWMAN TERRORIZES SMALL TOWN: Well, I guess that headline about about says it all. Click here for the tale.

Check back. Will be adding more stuff to this latest blogpost...