[Time flies but greatness endures: Remembering John Lennon one day after the 31st anniversary of his murder. Join us on Twitter @gregcote. Also, you can still vote in our Hanley Ramirez poll in the post directly below this one].

Note: Heat star Dwyane Wade appeared Saturday in an ABC special, "Primetime Nightline: Bringing America Back." Wade is featured among inspirational stories for his work on behalf of children.

DAVID STERN'S YEAR OF LIVING DANGEROUSLY: I'm going to go ahead and say that David Stern, the NBA's erudite and at-times snooty-ish commissioner, could only be having a worse year if suddenly all of

league's basketball courts were devoured by a dark cloud of termites. First he oversees a labor lockout that erases a chunk of the regular season. Now -- for reasons dubious -- he vetoes the three-way mega-trade that would have sent Chris Paul to the L.A. Lakers, Pau Gasol to the Houston Rockets, and Kevin Martin, Lamar Odom, Luis Scola, Goran Dragic and a 1st-round drat pick to the New Orleans Hornets. Pictured: Stern, frowning, and Paul, reacting to the veto. The deal seemed reasonably fair to me. Stern nixed it ostensibly "for basketball reasons" but the real reason seems to be the vehement negative reaction of many club owners including the Cavaliers' Dan Gilbert. The problem is that club owners beyond just the three involved in the trade have a right to stick their nose in because the NBA owns the Hornets, meaning, in effect, the other 29 owners own the Hornets. The obvious conflict of interest in a league owning a team has played out in the worst possible way here, shoving the beleaguered Stern into yet another a no-win situation. Parochially, how should a Heat fan regard the trade not happening? All depends on which Lakers you judge a tougher championship roadblock for Miami: The would-have-been smaller Lakers with CP3 in Kobe's backcourt? Or the bigger, as-is Lakers with Gasol still haunting the key? I call it a push.

WELCOME BACK, RONNIE BROWN: Eagles at Dolphins Sunday brings Ronnie Brown back to town. Alas, he is Philly's third back and hasn't played much, so opportunities to give him the appreciative cheer might be rare and fleeting. His return got me to thinking: How does Ronnie rank among the Dolphins' all-time best running backs? I'm curious how you feel. The poll lists alphabetically the top six guys in franchise career rushing. The order in terms of yards would be Larry Csonka, Ricky Williams, Brown, Mercury Morris, Jim Kiick and Tony Nathan. Your votes will decide the real order. Start casting!

NFL PREDIX: EAGLES' TALENT COOLS HOT DOLPHINS: Granted I've apparently been overestimating Philly's talent all year, but I think the return from injury of Michael Vick and LeSean McCoy, DeSean Jackson and others at his disposal will be too much for Miami. Call it 31-23, Eagles, in a slight upset. Click on Week 14 Gems for all my latest NFL picks, and on Aaron's Year for my King Sport Third-Quarter Awards. 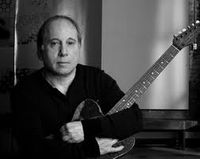 ON PAUL SIMON: Wife and I saw Paul Simon the other night at the Hard Rock. He puts on a truly terrific show. Great live performer. Not a single reference to Simon & Garfunkel, with "Sounds Of Silence" beginning one encore the only S&G song performed. Otherwise all from his own catalog, leaning heavily to his wonderful Graceland album and to his critically acclaimed latest CD, So Beautiful Or So What. Simon songs are interesting aurally, with Afro-Caribbean rhythms and instruments such as accordions and washboards. But it is his lyrics, his storytetlling, that always has distinguished him. A legendary career still going strong. Great to see and hear.

COLOMBIA VS. MEXICO: It is announced that Dolphins Stadium on Feb. 29 will host a Colombia vs. Mexico international soccer match. I suppose that would be the match voted most likely to be interrupted by warring drug cartels.

PSSST. THE PANTHERS ARE REALLY GOOD. SHHH...: The Florida Panthers picked a hell of a time to be good again. Playoff-good. Maybe even great. The NBA lockout ending foists the Heat back onto center stage locally. The Marlins' major free-agent spending crowds the stage, too. So does the Dolphins' resurgence. With a continuing lockout, the usual baseball frugality and the Dolphins who started 0-7, the Panthers might own the stage. Now? Off in the wings. Winning, but off in the wings.