[Click on Mind Over Matter for my newest column, online and in today/Wednesday's pulp editions, on the Heat's new attitude. Also, join us on Twitter @gregcote]

Click on Not Much Help for my column  on the firing of Dolphins coach Tony Sparano. 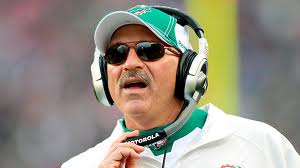 the team's Davie HQ that he had fired head coach Tony Sparano and that assistant Todd Bowles would take over on an interim basis the rest of the season. Doing it now, reasoned Ross, gives the club a jump start on finding a replacement, with the usual suspects -- Bill Cowher, Jon Gruden et al -- among the speculated potential candidates. General manager Jeff Ireland, who somehow keeps his job, sat at Ross' right elbow at the news conference. I was the only Miami Herald writer who attended the announcement and my resulting column, now online and on page 1A of the pulp editions, is linked above. Take a dip in our poll and say in a comment why you feel as you do.