HERE'S WHAT WILL HAPPEN WITH MARLINS AND THEIR BIG 3 IN FREE-AGENCY: 1. ALBERT PUJOLS: The Marlins landing the Hall of Fame-bound slugger and first baseman is about as likely as the Marlins' top stars moving into the neighborhood immediately surrounding the new ballpark. Not gonna happen. 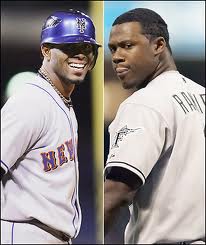 The club did make him an offer, but -- no matter what you have heard -- it doesn't compete with the nine-year, $200 million deal St. Louis is wagering to keep him (a deal Pujols has rejected as not enough). So unless the Fish up the ante for Pujols or make a move on Prince Fielder (not a bad idea), it looks like you're safe at first, Gaby Sanchez. 2. JOSE REYES: Now this is very possible. Miami could land the all-star ex-Mets shortstop and I think it will. His money command (around $90 million over five or six years) is closer to the Marlins budget and interest is mutual. The problem is Hanley Ramirez. Reyes would only sign to play shortstop, his only real position. That means Hanley would be moved to third base (likely) or center field (possible) -- but neither move would be to his liking. You know Hanley. Much coddling required. Keeping him and his ego tranquil as he watched Reyes take his position would be a tough, fragile task. The club's biggest concern is making the two of them (pictured) fit beyond the batting order, and keeping the volatile Ramirez happy. If Reyes does not end up here, chances are those concerns would be a major reason why. 3. MARK BUERHLE: The career-long White Sox starter would be a huge addition to the rotation as a veteran, steady, innings-eating lefty. Yes, even at age 32. But the word is he's a Midwestern guy not enamored of the idea of Miami. He's more realistically gettable than Pujols but likely less than Reyes. [Postscript/Thursday update: Laughed out loud this morning, literally, at a media account proposing the Marlins could become the "Evil Empire" of the NL with all their spending. Let's see them buy somebody first, OK? Anybody can look at a Lamborghini in a showroom. I'll be impressed when I see it in the driveway...]

DEAR JERRY SANDUSKY: Jer, you did yourself no favors in that phone interview with Bob Costas broadcast the other night. Can't believe your lawyer was pleased to hear it. Yes, you denied sexually assaulting young boys while a Penn State assistant football coach. But what you admitted to was damning. Showering with young boys. "Horseplay" while naked. Touching their legs. That stuff is so wrong, it makes it that much easier to believe the accusations are true. As the saying goes, "You in a heap o' trouble, boy."

DEAR KARLOS DANSBY: Your Friend the Media loves athletes who are easily baited, like the Dolphins' Karlos Dansby. Need an easy story? Go to an easily baited athlete after he has had a big game and invite him to boast; he won't let you down. "Karlos, who's a better linebacker than you?" Et cetera. And then watch the bragadoccio flow! So it was that Dansby, after Sunday's win, mentioned that he is the NFL's best linebacker. No, seriously. His pro resume', on its bottom line: 8 seasons, 0 Pro Bowls. OK so the poor guy got carried away! How's this: You were the best linebacker in Sunday's game, Karlos. And I mean it.

BELICHICK, RYAN ARE POTTY MOUTHS!: Patriots coach Bill Belichick and the Jets' Rex Ryan let it fly after New England's 37-16 win Sunday. The NFL is investigating whether to fine Ryan for telling a fan, "Shut the f--- up!" when that fan suggested he'd just been out-coached. Around the same time, a mic caught Belichick embracing his son Stephen and crowing, "Thirty-seven points on the best defense in the league, suck my d---!" Love Pats vs. Jets. The animus is real. Great for football.

SHOULD WE CALL MARLINS THE "MAROON 9"?: Not a huge fan of the pop group Maroon5 but

enough of them to note a similarity in the 'M' in their logo (left) and in the Marlins' new logo (right). I'll leave it to Maroon5's legal team to judge whether the similarity is harmless or egregious; I say the former. Many fans don't seem to care for the team's new colors or logo but I sort of like it. It's growing on me. Not like a fungus you'd call a doctor about, but as something stand-out different. I think it has an Art Deco-y, So-Fla feel that is on the mark.

NBA EXPLODES, NO WORD ON SURVIVORS: The NBA exploded last season but in a good way. Interest 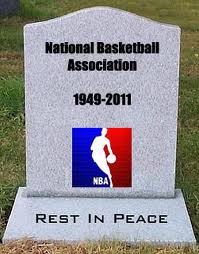 was at an all-time high, thanks largely to LeBron James' "Decision" and the controversial confluence of the BIg 3 in Miami. Now the NBA has exploded in a bad way, as in, well, disintegrated. The continuing impasse in lockout negotiations has hit what seems a wall. For the first time (to me, at least) it feels now like the entire season might be canceled -- parochially a wasted year of prime for the Heat's LeBron/Dwyane Wade/Chris Bosh experiment. I have always blamed both sides, while my media brethren have tended to blame owners and ultimatum-issuing commissioner David Stern most. Now though I wonder if blame is inching toward players, who seem to be inviting a losing battle with their threats/plans to decertify their union. What a nightmarishly litigious morass. Together the owners and players might be astonished to know how easily life would go on without an NBA season. It could be the first thing they'd agree on! [Postscript: NBA players would have received their first paychecks of season today. LeBron's would have been for $667,603. Should we take up a collection?]

COTE'S STATE OF THE STATE: Our latest updated weekly ranking of the seven FBS teams in our state, with previous week's rank in parentheses. Entering collball Week 12: 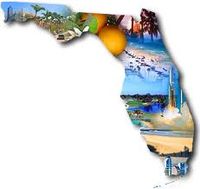 ME, FANTASY: CRAP! I yelled that or something similar last night when Aaron Rodgers got lifted in the middle of the fourth quarter because the Packers led by 178 points. As a result the no-luck Greg's Lobos fell to 3-7 with a 120-113 loss.

ME, PICKS: Rough week. Limped in at 9-7 straight-up and 6-9-1 against the spread. Will have details, unfortunately, on this coming Friday's NFL predictions page.

THE REAL T-30: The Real T-30 is our weekly cumulative, consensus Top 30 college football ranking based on a season-long combination of the three major polls: Associated Press, USA Today, ESPN. Points based on 30 for a No. 1 ranking, 29 for No. 2, etc. The aggregate ranking entering Week 12:

THE LIST: OUR GREATEST 11'S: This list was supposed to run, in honor of 11-11-11, in last Sunday's Random Evidence notes column but got cut, so here it is. The 11 most notable No. 11s to play for the Dolphins, Heat, Marlins or Panthers:

Click back. May be adding yet more to this lengthy latest blogpost...