[See latest results -- the 2011 final season results -- in our Canesfan Satisfaction Meter poll in blogpost directly below this. Also, join us on Twitter @gregcote] 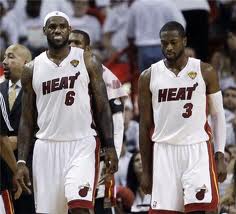 PEACE ON EARTH! HEAT, NBA OPENING CHRISTMAS DAY: Saturday it was announced there was a tentative areement reached to end the four-months-plus NBA lockout, and that if approved as expected a shortened 66-game season would begin on Christmas Day with a tripleheader. Reports are the Heat will be one of the six teams first in play, at Dallas. That's perfect: That the Big 3 Part 2 begin right where the first season ended, in a Finals loss. To whet your appetite, click here for a Very LeBron Thanksgiving, from his Twitter feed. And Click on What Lockout? for today's column by me, online and in the inky-pulp edition.

Wondering if excitement over the season finally starting immediately overwhelms any resentment over the long delay, or whether rancor lingers. Take a dip in our poll and say why.