HEAT'S WORST STRETCH OF SEASON CONTINUES: Miami lost its fourth straight game today/Sunday, at home, to Chicago, squandering a 12-point lead and losing by one. That was on the heel of the blown 24-point lead vs. Orlando and then the 30-point road loss to San Antonio. Miami had two go-ahead shots in the final 10 seconds, by the shooters they wanted, but LeBron James missed a layup in traffic and then Dwyane Wade missed a buzzer-beating endline jumper. This is bad. The Heat's inability both to hold leads and to close games has become an issue, especially when one fathoms that Miami has two of the best closers in the league in LeBron James and Dwyane Wade. You know how James and Wade are supposed to be able to "take over a game" when needed? Not lately. No answers instead. Now Miami has lost four of its past five (three straight at home), and is 12-18 vs. teams with winning records. Oy. This stretch brings out all the big questions, such as who should have the ball at the end of games. This kind of stretch also feeds those who dream that Pat Riley might still swoop in and snatch the whistle from Erik Spoelstra. If the Heat is a championship team, the proving needs to start. Because the doubts certainly have, and they're growing.

U-PICK-A-POLL: What's the next good poll for the blog? You decide. Email your suggestions to gcote@miamiherald.com and whichever one I receive today/Saturday and like the best will appear here this weekend.

ODDS ON DOLPHINS AND UM TITLE SHOTS: Sit down, Dolfans and Canes fans. Brace yourselves. Our buddy Danny Sheridan, the great handicapper whose work appears in USA Today, tells us the Dolphins are right now 100-1 longshots to win the coming Super Bowl (presuming there is a season) -- and that Miami's Hurricanes are the same 100-1 to win the BCS title. Danny also says it is "better than 50-50" right now that the NFL regular season will be shorter than 16 games stemming from the ongoing labor strife and pending lockout.

SERENA WILLIAMS, JIM MORRIS AND REAL LIFE: I poke fun at tennis star Serena Williams plenty, but was concerned to hear she had suffered a pulmonary embolism in her lung that required emergency surgery, and I wish her well. She'll miss the upcoming Key Biscayne tournament, a major blow to the event. Best wishes likewise go to UM baseball coach Jim Morris as he recovers from complications following gall-bladder surgery. He already has missed several games and will miss this weekend's big series at Florida. We don't associate our sports figures with everyday health scares. It isn't a bad thing to be reminded they bleed like the rest of us.

CHASTE BYU PARTIES LIKE IT'S 1899: No. 3-ranked Brigham Young's March Madness Final Four hopes endure a huge blow with the sudden dismissal from the team of 6-9 leading rebounder Brandon Davies (pictured). Was he arrested? Involved in a cheating scandal? Caught with drugs? Nah. He had sex with his girlfriend ... premarital sex! Oh my. That's against the Mormon honor code at BYU, so goodbye, Brandon. Gee, what century is this? And organized religion wonders why church attendance dwindles. I'm not arguing the dismissal; rules are rules and Davies knew them. I'm arguing the puritanical code. Can you imagine if it applied to every college? The only teams left with enough players to field a team would be BYU and a pickup squad from the Vatican.

HEAT KING-O-METER UPDATE: Latest update on our unpopular King-o-Meter, tracking which of Heat's would-be Kings is having the better overall season. This is after 61 games through last night's meltdown vs. Orlando: LeBron James leading Dwyane Wade by 3,558.34 King points to 3,212.66 in our cumulative ranking factoring 10 statistical categories. However Wade leads in games led, 31-30. (Regular updates here in the blog whenever you see the crown symbol pictured). Heat Bonus: A photo of Chris Bosh posing with a baby giraffe named Mainard in a new Got Milk? ad.

TOMMY BOOHAMA: Tommy Bahama, the overpriced "tropical lifestyle" clothing line, has announced limited-edition shirts featuring seven MLB teams -- Astros, Giants, Mets, Padres, Rays, Twins and White Sox -- plus a Brooklyn Dodgers throwback. Geez, did they draw those teams out of a hat? Twins? Dear Tommy: The most tropically located team in baseball plays in South Florida, where Jimmy Buffett grew a natural brand of the lifestyle and look you ripped off. You could look it up. [Speaking of Marlins, just saw some over/unders on wins for NL East. It's Phillies 97.5, Braves 87.5, Marlins 82.5, Mets 77.5 and Nats 72.5]. 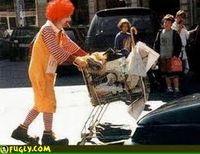 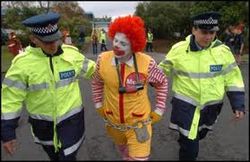 RONALD McDONALD DEAD AT 48: Well, no he isn't but he might as well be. After nearly a half-century as McDonald's advertising mascot, the creepy clown's descent continues as the company's remaking of its image leaves Ronald behind. McDonald's re-branding moves from an emphasis on Big Macs and high-fat foods to an upscale emphasis on salads and designer coffees ... and guess who's the odd man out? Has it been difficult? Judge for yourself. Photos don't lie. The downward spiral has been tough for Ronald, now drinking, womanizing and drug-addled -- the Charlie Sheen of fast-food icons. 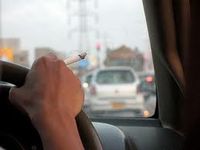 SAD STATE OF THE CAR ASHTRAY: Is there a more pointless accoutrement in the motor vehicle? They sit pristinely unused, lonely and privately mocked by other members of the molded-plastic kingdom. This is because cigarette smokers, modern lepers, are a diminishing breed, and not nearly enough cigars and joints are being puffed in transit to make up the slack. (While the rarest breed, pipe smokers, imperially haul ashes in their own compact bowl). And I have noticed that most people who do smoke in their cars seem likely to simply extend arm out open window and rudely litter the roadway with their spent ashes. You know who you are, asses. Use your asstray! 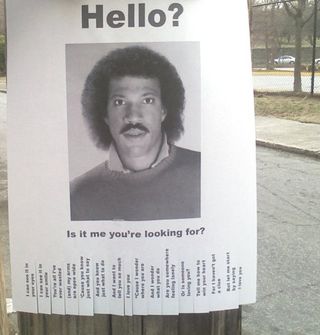