STAN VAN WHINY VS. PAT RILEY: This is delicious, this back and forth between the Orlando Magic and Heat in the wake of Pat Riley going all in and winning big with LeBron James and Chris Bosh. What you thought would have died out by now has only escalated. Get this straight: It's one thing for ex-players, fossils like Charles Barkley, to knock LeBron or whatever. It's quite another for other teams to get involved and wear their jealousy on the sleeve like that. It's unprofessional. So Magic coach Stan Van Gundy calls Chris Bosh a lap dog" for following Dwyane Wade, and Magic GM Otis Smith says, "I though [LeBron] was, I guess, more of a competitor." Then Riley fires back at the critics, mentioning the Magic by name. Then Van Whiny, who leads the NBA in can't-let-it-go, fires back (click here) against Riley firing back. Good Lord! Van Grudge even mentioned Riley's supposed "moral judgements" against his brother Jeff during the Knicks-Heat rivalry of the '90s. Geez, let it go, Stan! This isn;t about the Heat's free-agency windfall, of course. This goes back to the way Van Gundy left the Heat 21 games into the 2006 title year, ostensibly to spend more time with his family (!) but clearly because Shaquille O'Neal wanted SVG out and Riley chose Shaq over the coach. Four years later, this is about that. This is about a coach who can't let it go. His name? Stan Van Bitter.

BULLETIN! LEBRON NOT AS LOVED AS BEFORE: Although I look at this headline and I have only one question. Did Van Gundy get to vote more than once?

TWITTERGATE AT THE U!: OK that's being overly dramatic. But Randy Shannon did bar his players from Twittering and Tweeting. The school announced the ban on Twitter. Seems like an overreaction (would the ban have happened if they'd beaten Ohio State?), but I have no real problem with it. Not sure the Founding Fathers mulling freedom of expression had 140-character Tweets in mind. I think Shannon's ban will catch on. Think NFL teams will be next and hope that starts with the Bengals, because Chad Ochocinco is a dangerous serial Tweeter who must be stopped!

JET-HATERS, REJOICE!: Oh but why we do we dislike Rex Ryan and the Jets so!? Hey time is limited. This is a blog, not a mini-series. But for the short answer, click on H-A-T-E! for a new column by me, online and in Wednesday's pulp edition. And I don't even mention Fireman Ed. "Oh I'm sorry your house burned down, m'am, but our fireman was leading cheers at a football game."

TUNA TAKES A TV TURN: Dolphins personnel chieftain-turned-consultant Bill Parcells, who is to comedy what motor oil is to a ham sandwich, will make a guest appearance this fall on the second season of "Blue Mountain State," Spike TV's bawdy sports/comedy series, we are told. Season debuts Oct. 20. Maybe this is why Tuna is scaling back on his NFL duties. Ironic as it sounds of a hermit-man who eschews media and public utterances, perhaps the TV camera loves him! [Wednesday update: Have a few details for you. Tuna's appearance was filmed in June. In the scen, he takes a phone call from the BMS coach, played by Ed Marinaro. It was Ed who talked Parcells, a friend, into doing the show. I just watched Tuna's scene and I have on word: Emmy]. 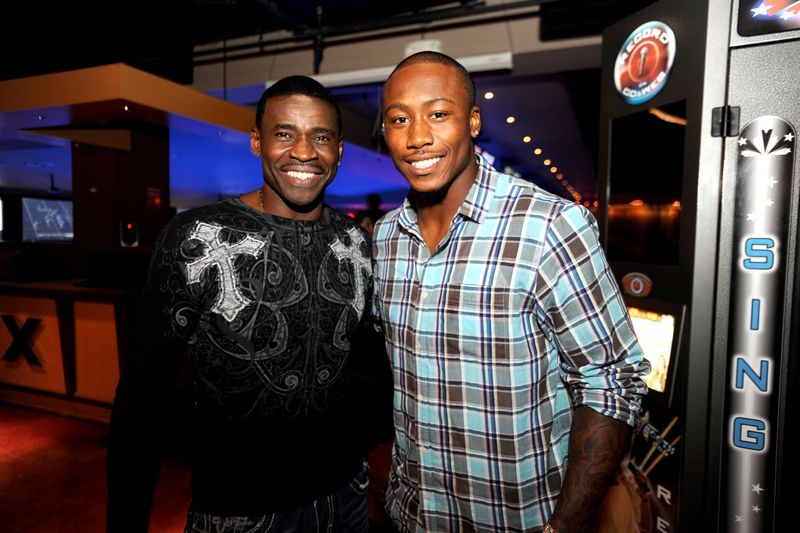 GATORS REACH ARREST MILESTONE: I guess congratulations are in order as Florida WR Chris Rainey's bust marks the 30th Gator arrest of the Urban Meyer era. (That's 29 more than have occured at UM under Randy Shannon, for those scoring at home). I'm not sure, but I think when the Gator totals reaches 50 arrests, players should wear a commemorative jersey patch.

NFL FRIDAY-PAGE PICKS: I went an OK 10-6 overall in Week 1, and 6-7-3 vs. the spread. Nailed my Upset of the Week with Texans over Colts ("Aawwk!"), had Ravens upsetting Jets, had 'Skins with points over Cowboys. But other results (notably (Seahawks-Niners) kicked my ass.

FANTASY REPORT. I STINK AGAIN: It hurts to tell you both my teams have begun 0-1. The Bad Newz Fennelz lost 81-68 in my main league. Boner of the Week: I started Beanie Wells, not knowing he was inactive. Lame excuse: It was because I was traveling Saturday. My Lobos lost 136-95 in my smaller, family league, with Ryan Grant's early injury typifying my day. 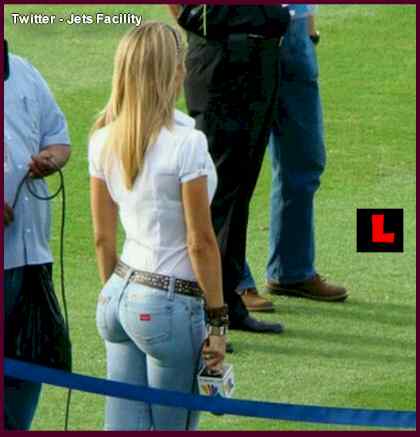 INES SAINZ PLAYS HER ROLE IN JETS INCIDENT, TOO: You might know by now that Ines Sainz is a hottie attractive reporter for Mexico's TV Azteca, and the victim of unprofessional catcalls et cetera while at Jets camp. The league and team are investigating. Now this is not to condone the Jets. Anybody who watched Rex Ryan and his squad on Hard Knocks can readily imagine the frat-boy mentality at the core of this. But I also must mention that Sainz bears her responsibility in this, too. She has done photo shoots in a bikini, inviting the portrayal of her as a sex symbol. Pictured right is what she wore to Jets camp, a not-unpleasing redefinition of "tight-fitting jeans." Again, this does not condone any Jets who disrespected her. But it explains it a little. [Update: Clinton Portis says here it's normal that a woman reporter would check out a player's package. And then of course immediately apologizes]. [Update II: Ines Sainz is not the TV Azteca reporter who showed up to a Super Bowl press conference in a wedding dress to "propose" to Tom Brady. That was Ines Gomez Mont. Apologies from me. Have a history of mixing up my Ines's].

TODDLER BUMS ON COUNTERS: Toddler Bums on Counters (TBC) is a growing national health-risk and annoyance that I am introducing. You have seen it. You're at a Dunkin Donuts (me, this morning) or a Burger King, and the young parent ahead in line sits her toddler on the counter, facing her. Parents: Nobody wants your precious one's diapered ass on a counter where food goes! I believe next time I see this at DD I might have to "accidentally" spill coffee. Hint: It won't be on the innocent toddler.

SLOW DEATH OF SEARS (CONT'D): Click here for the latest embarrassment for the once-proud retail giant. Somewhere, Roebuck is weeping.

THE LIST: DOLPHINS CELEB-OWNERS' MONEY: Net worth of five celebrities associated with Dolphins as part-owners or business partners, according to website celebritynetworth.com:

GREG COTE WORLD: READ columns and blog in The Miami Herald and MiamiHerald.com, including general sports columns, Friday NFL predictions page and Sunday "Random Evidence" notes. FOLLOW on Twitter. WATCH for occasional appearances on ESPN's Outside the Lines and elsewhere. LISTEN on 790 The Ticket's weekly Dolphins pregame show and also Tuesdays around 4:20 p.m. JOIN in live chat every Wednesday noon to 1 p.m. CONTACT at gcote@miamiherald.com, although responses might not be as prompt as you'd like. No phone messages or snail-mail, please.