[SATURDAY BLOGNOTE: Our Tampa Bay @ Dolphins blogpost will publish here at precisely 4 p.m. today and we'll be blogging live during tonight's preseason opener. We'll also be Tweeting during the game so join us at Twitter.com/gregcote if you aren't already on board].

JETS, REX RYAN IN WITH A BANG ON 'HARD KNOCKS': [Click here for today's column by me on how Rex Ryan personifies the stark contrast in styles between the Jets and Dolphins]. The HBO training-camp series that this year features the New York Jets debuted last night with coach Rex Ryan proclaiming he wanted to lead the league in wins. After watching the episode I can tell you Ryan already leads the league in F-bombs. Click here for some of the debut episode as Ryan addresses his team. Some people look at this guy and admire his brashness and candor. Most of those people are Jets fans. The rest of us look at Ryan and think, "What an a--hole." Your thoughts on Ryan are invited. Take a dip in our poll. 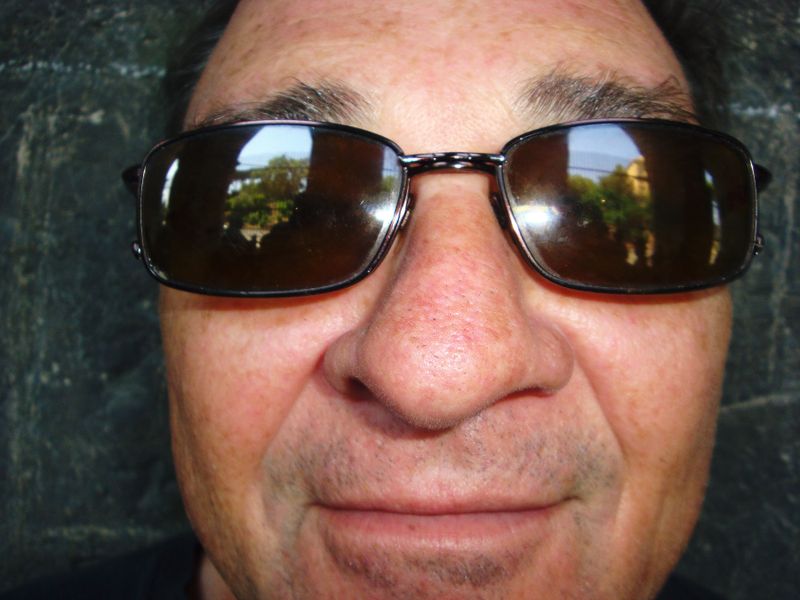 COTE (THAT'S ME) ON 790'S DOLPHINS PREGAME SHOW: It's true. I'll be part of 790 The Ticket's Dolphin pregame shows throughout the regular season, along with the station's Eric Reed and former Dolphin Oronde Gadsden. I (pictured left along with my misshapen nose) think it'll be an interesting mix. To the table I hope to bring a bit of light-heartedness but also the perspective of someone who has followed the Dolphins the whole way, from a preteen who attended the very first game in 1966 to a journalist who has chronicled the team throughout his career.

TIGERS CONFRONTS LATEST MAJOR HURDLE: PGA Championship launches today in Wisconsin and how Tiger Woods will fare is the most compelling story. Click on Tiger Hunts For Lost Mojo for today's column by me. 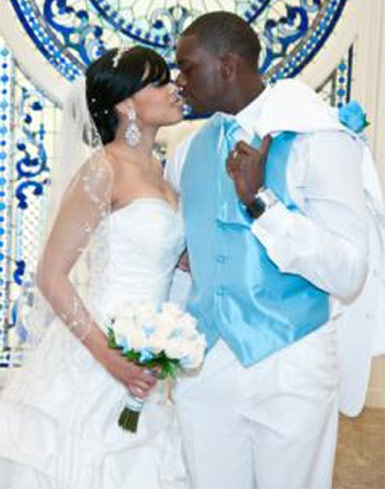 CHRIS CHAMBERS MARRIES STALKER: Ex-Dolphins receiver Chris Chambers, now with the Chiefs, married Stacey Bernice Saunders in Las Vegas recently (see photo). Notable? Only because in 2009 Chambers filed 11 separate stalking/harrassment complaints against the woman, who apparently hadn't taken well to Chris breaking off their extramarital affair. Two thoughts. 1) Other than anything involving a Kardashian, I cannot think of a marriage more destined to fail. 2) What a boon for the stalking industry! To hell with those restraining orders, stalkers. Show persistence and you, too, can marry the victim of your dreams!

MIKE STANTON, RISING: Last night the Marlins' phenom went 5-for-5, including his 11th home run. Much more of this and he'll make a late push in the NL Rookie of the Year race that presently finds teammate Gaby Sanchez among favorites. All that talk about Stanton's prodigious power was not just hype. This kid is for real. Can see him as a 40-homer guy for many years.

LEBRON JAMES HECKLED (SORT OF): Click here for a YouTube video of LeBron James being (mildly) heckled at an Akron amusement park this past weekend as he tries (and fails) to sink baskets through those diabolically smal amusement-park hoops.

Click back. Will be adding updates and new stuff throughout the day...