BRANDON MARSHALL DREAM DIES FOR REAL: Today at the NFL owners meetings in Orlando, Tony Sparano said nah-no-thanks to the possibility of a trade for on-the-block Broncos receiver Brandon Marshall. More understandably, he also said nah to aging free agent Terrell Owens. Marshall for the overall No. 12 pick, straight up? I'd do it in a heartbeat. Sparano instead indicated satisfaction with his current group of receivers. OY!

RONNIE BROWN THE LATEST ATHLETE WHO DOESN'T GET IT: I like Ronnie Brown, think he's a good guy, and do not think he stops being a good guy because his previously clean record is now blemished by a DUI arrest. But Brown's arrest is indicative of a troubling pattern in which pro athletes seem to take for granted what a privilege it is to be doing what they do for a living. They are paid millions to A) perform on the field and B) be responsible citizens who do not embarrass their club. It is the latter that they seem to fall short of so often. Click on Crumbling Pedestal for my latest column. 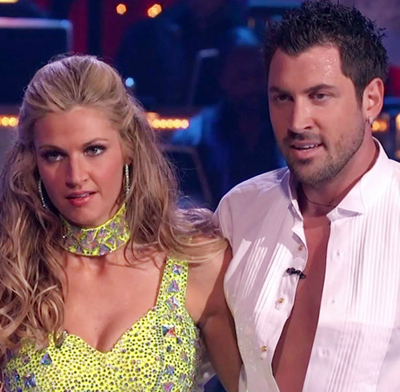 TIGER'S LATEST APOLOGY: Speaking of nude women, Tiger's latest mea culpa was a brief 5-minute quickie interview with ESPN. Click here for the video. Not much new or different than in his earlier, lengthy statement. I'm sure this was calculated to maybe lessen the circus atmosphere of his Masters return. Won't work. I predict Tiger at some point will announce that at Augusta he will answer only golf-related questions. That won't work, either.

DONALD THOMAS POCKETS EXTRA 316K: Announced by the NFL today (Tuesday), Miami guard Donald Thomas is the only Dolphin in the top 25 (at No. 7) in the performance-based pay bonus program for the 2009 season, with an added $316,577. The program was established in 2002 to reward players whose playing time most exceeds the relative size of their salary.

DOLPHS PICK UP EXTRA DRAFT PICK: Today in the 5 o'clock hour the NFL awarded the Dolphins one of dozens of compensatory draft picks. Miami's will be the 45th choice in the seventh and last round, or the 252nd pick overall. Make the most of it, Tuna!

THE LIST: FLORIDA DERBY: I enjoy lists, and starting today will present one in each new blogpost (until I forget to). Today, the 17 Florida Derby winners who have gone on to win a total of 27 Triple Crown races:

[By the way, the sadness of my ravaged NCAA Tournament bracket may be experienced in the blogpost immediately below this].