Slumping in more ways than one

Just watched the Blazers game over, and I'll spare you the 2,800-word breakdown, but a few things happened to stand out.

I'm gonna go body language school a little bit here, but what I saw live remained obvious while watching it over. The Heat looked drained for a lot of the first half. LeBron James, in particular, didn't appear his normal self in the opening quarters, and it's possible that this team slump has gotten to him personally. I mean, he has never had to admit to failing anything, and then he comes out after the Bulls loss and apologizes to his teammates for failing them late in games. That has to put him in a strange place. 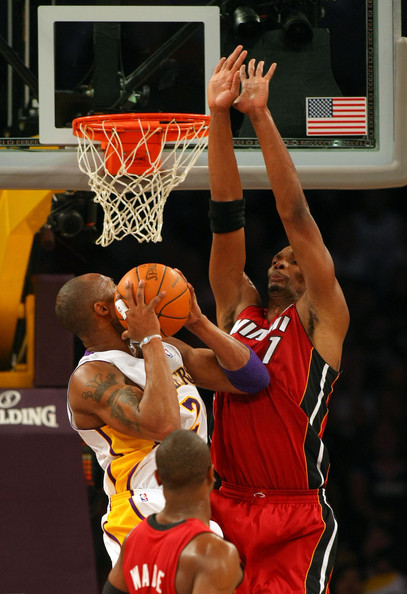 And in the overall, this team slump has created an added and unnecessary pressure on every single long-distance shot these guys take. It's as if Mike Miller and Mike Bibby and Mario Chalmers are taking game winners every time they put the ball up. This team looks a lot like the team that started the season 9-8. Way too much pressure to succeed at the moment.

As for Chris Bosh, he clearly wasn't getting the ball low in the post, but he never gets the ball down there. The only time I can remember in recent memory was one of his first touches against the Bulls, when he pinned Joakim Noah down there and scored quickly. The problem is, he's smaller and skinnier than LaMarcus Aldridge, so he either has to work relentlessly to get post position, or he'll simply get pushed out of there.

Other times, though, it's an issue of execution. One example, the Heat ran a play where they got a switch and Brandon Roy was on Bosh's back. Well, the Heat tried to get him the ball, but the spacing wasn't right and the play collapsed. Never got to Bosh.

Matter of fact, that's a regular problem with this team. The plays are designed pretty well, but the execution is missing. Part of the issue is not having a proper point guard.

Bosh might not want to shoot jumpers all the time, but he'll likely have to get his by driving the ball as opposed to getting it in the low post. Either that, or he's just going to have to fight for his space.

Lastly, there's the Erik Spoelstra question. Here's the deal. This team is better than it has shown. The role players are better than they have shown. Miller might be bothered by that thumb, but he's still better than what he has shown. And for whatever reason, Spoelstra isn't getting that out of them. Is it their roles limiting them? Is it their minutes? Is it Wade and LeBron not involving them enough? Is it the plays being called? Either way, they need to perform up to their standards. And I think part of that is they just aren't being themselves.

Now, Spoelstra probably needs to reconsider his use of James Jones. He played him less than two minutes Tuesday, and even Wade said in the postgame that Jones is still a very capable player. When he was getting regular minutes, he was drawing charges regularly, something no one else has been doing, and he was knocking down at least two three whenever he played 15 or so minutes.

That's a coaching decision that hasn't worked out that well for Spoelstra, as is the use of Erick Dampier as the starter. At least when Zydrunas Ilgauskas was starting, the Heat could counter his defensive issues by having an offensive threat on the floor. Right now, Dampier isn't offering enough defensively to counter the fact that he's an offensive liability. And for that matter, Ilgauskas was a terrific offensive rebounder near the rim, and Dampier's tip-outs aren't nearly as effective as Z's tip-ins. If Spo switches back to Z or uses Jones more minutes, it won't be an admission of failure. It would just be him doing the right thing. Whether that happens or not, I guess we'll see.