This has to be eating away at Heat president Pat Riley.

The East is rebuilding and reloading around him right now, while the Heat maintains its position with a 2010 view of the landscape.

In just the past few days, Shaq has gone to Cleveland to help bolster LeBron James' front line, one that 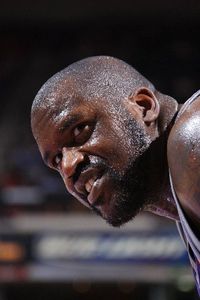 Within the Heat's division, Washington's Gilbert Arenas is getting healthy and the Wizards just got deeper by trading for Randy Foye and Mike Miller. Atlanta, the team that eliminated Miami from the playoffs, just got a bit more explosive by adding Heat headache Jamal Crawford.

The entire conference - or at least the teams that matter - all seem to be on the move. Riley has said he would speed up the team's roster overhaul, but not before he has Dwyane Wade's signature on a contract extension, which could happen as early as July 12. Otherwise, things will have to wait a year.

Although the Heat's stated goal is to avoid doing anything that would jeopardize its flexibility during the mega free agency period of 2010, there are some solid moves the team can make to improve right now.

With the NBA Draft set to start in a few hours, here are three moves I would consider making if I'm the Heat. They would make the team better next season. A few might send the team a bit deeper into the luxury tax for a year, but none of them would compromise the team's 2010 spending flexibility. 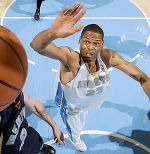 exception)to the Clippers for Marcus Camby. (UPDATE - I stand corrected. I initially had the Heat sending its $4.2 million trade exception instead of Jones in this deal, but upon further review, such exceptions cannot be combined in a deal with another player. It has to be a separate transaction) The skinny: Camby is on a convenient contract that expires after the season. He is also still a dominant shot-blocker and rebounder who would be insurance for Jermaine O'neal. Both have had injury issues the past few seasons. Both are off the books at season's end. But Miami, for now, has absolutely nothing in the post behind O'Neal. The Clippers get to clear out room for Blake Griffin. If the Heat could find some way to ship either its $4.2 million or $800,000 trade exceptions in a side deal, it would sweeten the pot for the Clippers. It's also money the Heat probably wouldn't use otherwise. Wright gets to go home for a fresh start to a career that never materialized in Miami after he was taken with the 19th pick in 2004. Jones would be another kick-out option for Baron Davis who could also balance the floor for an improved inside attack. Plus, Jones has an option-friendly deal after next season that could be terminated with a reduced guarantee.

DEAL 2: Trade Mark Blount and Daequan Cook and the 43rd pick to Indiana for Marquis Daniels and Jarrett Jack. The skinny: The Heat gets back two playmaking-type perimeter players (Jack, a young backup PG to push Mario Chalmers. Daniels, a poor man's Josh Howard) and gives up very little aside from Cook's promise. There are contract options that make this a comfortable move for the Heat. What does it do for Indiana? Blount reunites with Jim O'Brien, the coach that got plenty out of him in Boston. Cook's shooting - Blount's, too - would be tailor made for Indiana's inside-out system. The moves would also settle the point guard logjam in Indiana and also give first-round pick Brandon Rush a chance to develop faster.

DEAL 3: This one hurts because I truly respect what Udonis Haslem means to this team. He's taken over 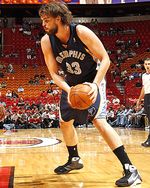 for Zo as the heart and soul of the organization. However, trade Haslem and the 43rd pick to Memphis for Mike Conley and Marc Gasol. The skinny: Again contract options on both Conley and Gasol give the Heat an out if necessary. But Conley, who could use a fresh start after a turbulent two years in Memphis, is another young guard who could challenge Mario. The Griz could also use the 43rd pick to take a point guard, move O.J. Mayo to the point or bring in a veteran with their cap space. Gasol is a skilled, big body and a banger. But if the Griz take Hasheem Thabeet at No. 2 tonight, there won't be room for Thabeet, Darko and Gasol. Haslem would give the young and promising Grizzlies the proven, rugged, veteran power forward who brings a winner's resume. This deal also opens the gates for Michael Beasley to take over in Miami at forward. Haslem has an expiring contract and could also consider coming back to his hometown team a year from now.

Pat might possibly have a lot on his plate tonight. Or, he could stand pat and maintain the patient approach, with a focus squarely on 2010.